They think she’s mad. They’re right. After returning from Wonderland again, Alice Liddell has been sent to the Facility—an asylum specially designed for others like her. Such fantasies are no longer suitable for a girl of seventeen, or so they tell her. Everyone around her demands she be sensible. Her story has been twisted for the entertainment of children. But Alice knows the truth. She won’t be moved to sensibility. And she’s not the only one. Along with her new friends, Alice is thrust … END_OF_DOCUMENT_TOKEN_TO_BE_REPLACED

You followed Missy in Dreamtini as she was two weeks away from getting married when her ex-boyfriend, Jerry returns. With her wedding day approaching, Missy finds herself caught in a battle between following her heart and fighting temptation. Dreamtini left you wondering did Missy really follow her heart and fight off temptation. Dreamtini II: The Reality answers those questions as friendhships come to an end, new relationships are formed and a baby is born. Targeted Age Group:: Over … END_OF_DOCUMENT_TOKEN_TO_BE_REPLACED

"My Fatima" is a historical novel for young adults and older readers. It describes the friendship between two teenage girls, one from Germany, and the other from the Middle East. Both girls attend a girls school in Beirut, Lebanon in the 1960s. The German girl, Trudy is the daughter of the ambassador to Jordan, while the schoolmate she admires and befriends is a Palestinian named Fatima. It turns out Fatima's boyfriend, Ali, is a PLO militant. Just before graduating from middle school, Trudy is … END_OF_DOCUMENT_TOKEN_TO_BE_REPLACED

Some friends are otherworldly creatures and these are their stories. A collection of 10 stories wrote for 10 humans, each one to read in one sitting, depending on the available time, from 44 seconds to 22 minutes and 8 seconds, while waiting for the bus, waiting in line, needing to get lost for a while, or just escaping to another life. You wonder what kind of friend deserves a story? These do! Targeted Age Group:: 14-100 What Inspired You to Write Your Book? I wrote these stories … END_OF_DOCUMENT_TOKEN_TO_BE_REPLACED 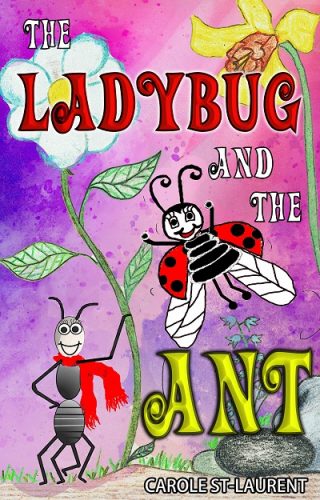 The Ladybug and the Ant by Carole St-Laurent Two impossible dreams. An uplifting friendship forged in stone. Delightful and exciting, your child will be charmed by this blooming friendship tale. Step into an enchanted garden of flowers where friendship blooms and dreams come true. As one dreams of flying freely like a butterfly, the other, a lonely orphan, wishes to be part of a family. Will the Ladybug have to spend the rest of her life alone? Will the Ant be condemned to a life of all … END_OF_DOCUMENT_TOKEN_TO_BE_REPLACED

In October 2019, lifelong friends Ron Sorter and Bob Tierno authored a book that has its genesis over five decades ago. Their memoir, Letters in a Helmet, is a double-helix ride, taking the reader across a landscape of puberty, fraternity life, military service, career transitions, marriages, war wounds, battles with prostate cancer and bereavement. They derive the cover of the book from an incident that occurred in 1970. Bob received a photograph of a letter Ron had written to him, which he’d … END_OF_DOCUMENT_TOKEN_TO_BE_REPLACED 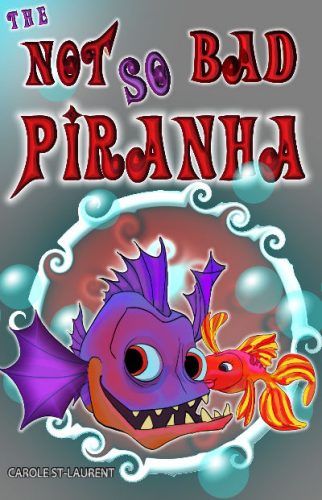 The Not So Bad Piranha by Carole St-Laurent Will a rambunctious goldfish become a nasty piranha’s dinner? Find out right now! Read this story that goes on in a very unique pet-shop where all the animals are cheerful and happy, except for that gloomy piranha who’s only pleasure in life is to terrorize his neighbouring goldfish. Is all truly lost for the goldfish? Or will someone finally stand up to the tyrant? Lots of interactive play on screen! An important lesson of kindness, … END_OF_DOCUMENT_TOKEN_TO_BE_REPLACED

Enter the World of Britfield: Adventure, Intrigue, Conspiracy, Mystery, and Suspense! Discounted Price of $2.99 for a LIMITED TIME! Tom has spent the majority of his life locked behind the cruel walls of Weatherly Orphanage, but when he learns that his parents might actually be alive, Tom is determined to find them. Together, with his best friend Sarah and armed with only the word “Britfield” as a clue to Tom’s mysterious past, the two make a daring escape. Now, they are on the run from a … END_OF_DOCUMENT_TOKEN_TO_BE_REPLACED

With The Courage Of A Mouse follows the path of Catt the Cat, as she unexpectedly lands in Sweet Meadows, and Simon Cheddar, a mouse with a plan and a destiny, as they maneuver through a tricky friendship and Superhero School together.  The book focuses on such redeeming messages as courage, friendship, kindness, meeting challenges head on, the new meaning of being homeless, and finding the superhero inside us all, also serving as an incredible adventure story to save Catt. The Superhero … END_OF_DOCUMENT_TOKEN_TO_BE_REPLACED 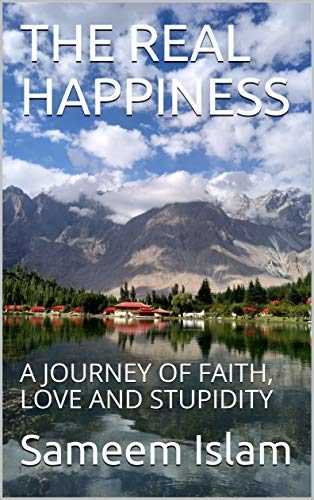 So in this world where faith is a myth, love means sex and God is lost, a person with entirely different assumptions was forced to into a mismanaged crowd to live for four years. Within the bunch of beings, he found people with almost similar journey. Faith was his journey and every journey has companions, like passion, believes, doubts, regrets, demons and god. But this time he found some other mates too. A lost faith in relationships (other mate) A lost faith in God (hazel) A lost faith in … END_OF_DOCUMENT_TOKEN_TO_BE_REPLACED

All 17-year-old Xavier can think about is graduating high school and moving to a place where no one will look twice at him. Everyone at school thinks he’s gay, but he’ll take the rumors over everyone knowing his truth. For 17-year-old, Natasha, life’s pretty good. She’s popular, has two best friends, and is dating the captain of the football team, the object of Xavier’s crush. After witnessing a traumatic event at a Halloween bash, Xavier and Natasha experience a night which forces them to view … END_OF_DOCUMENT_TOKEN_TO_BE_REPLACED 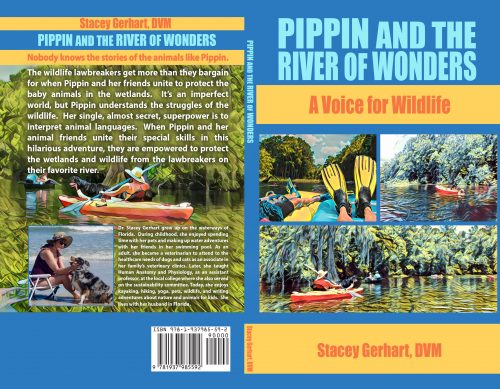 Pippin and the River of Wonders: A Voice for Wildlife by Stacey Gerhart Nobody knows the stories of the animals like Pippin--a girl on a mission to protect the wildlife on her favorite river. Snappy and endearing characters and well-informed wildlife will leave you cheering for nature throughout Pippin's adventures to protect the cove. Join in the fun as this bold superhero in training for a sustainable planet uses her superpower to decipher the messages of the wildlife and protect her … END_OF_DOCUMENT_TOKEN_TO_BE_REPLACED