Available at the reduced price of $.99 What kind of shadow does a family secret cast over the child? Mark Aherne is a middle-aged, married man living in Chicago. He’s estranged from his parents in Boston, his father having bullied and belittled him throughout his childhood. One Sunday he receives a desperate phone call from Leslie, his sister, who has cared for their parents for many years. She needs help: his aging parents are sick and have started drinking again. Mark soon finds himself … END_OF_DOCUMENT_TOKEN_TO_BE_REPLACED 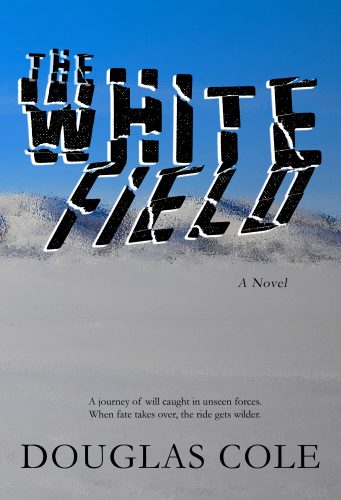 The White Field is a fast-paced journey of a man, Tom, fresh out of prison and trying desperately to rebuild his life. But he is caught by mysterious, unseen forces beyond his knowledge or control. After his release from prison, he is dropped back into the world in the wastelands of the city. In the menial work afforded the underclass, he begins his new life among characters at the edges of society, dwellers of the netherworld such as Raphael, a former cop from Mexicali singing Spanish arias in … END_OF_DOCUMENT_TOKEN_TO_BE_REPLACED Prime Minister Rupert Streaker is determined to move Parliament to Blackburn and disband the House of Commons. His belief that doing so will win him the adoration of the public and secure him the next election are not shared by others in the Party. Will he be successful? Link to buy book Click to join this author's email list … END_OF_DOCUMENT_TOKEN_TO_BE_REPLACED

These short stories are about the uneasiness of being alive and the characters' feeble attempts not to go off the deep end. The philosophical movement that influences this manuscript is Antinatalism, hence I suggest referring to it for a better understanding. Targeted Age Group: 10-90 What Inspired You to Write Your Book? I was inspired by the Photo that I then chose as Cover for the little book, plus by The Metamorphosis (F. Kafka) and its protagonist's deformity which is what I … END_OF_DOCUMENT_TOKEN_TO_BE_REPLACED The White Field is a fast-paced journey of a man, Tom, fresh out of prison and trying desperately to rebuild his life. But he is caught by mysterious, unseen forces beyond his knowledge or control. After his release from prison, he is dropped back into the world in the wastelands of the city. In the menial work afforded the underclass, he begins his new life among characters at the edges of society, dwellers of the netherworld such as Raphael, a former cop from Mexicali singing Spanish arias in … END_OF_DOCUMENT_TOKEN_TO_BE_REPLACED

Starting over is always easier among strangers. For Ford Carson, the process meant leaving behind the waves of South Florida in order to forge a new life as a visual artist in the mountains of North Carolina. At the peak of his reinvention, he meets Grace Burnett—a young, wealthy Texas transplant in the midst of her own transformation. A mutual infatuation develops. But when Grace’s estranged husband arrives complications ensue. Matters only worsen when Ford’s own estranged son announces plans … END_OF_DOCUMENT_TOKEN_TO_BE_REPLACED Now a middle aged woman facing inevitable old age, Linda relishes reminiscing about her childhood and what people commonly refer to as the good old days. This is especially prevalent when she gets together with her siblings, and their now extended families. One particular Saturday afternoon’s visit to her mother’s townhouse, which is located on what was once the McDowell’s Farm, Linda is reminded of the events that transpired there when she was a young girl growing up in the sixties. … END_OF_DOCUMENT_TOKEN_TO_BE_REPLACED

What would you do for your Best friend? Cassandra Grace will live through heartbreaks over a thousand lifetimes. Ellie (Eleanor James) wants to be a superstar. She has natural beauty and talent but is super impatient in achieving her goals. She drops out of High School to pursue acting. She achieves greater success but it comes at a cost. She dwells deeper into darkness as fame becomes a dangerous drug to her. Cassie (Cassandra Grace) is sweet and loving. She is terribly indecisive about what … END_OF_DOCUMENT_TOKEN_TO_BE_REPLACED

THIS ENDLESS ROAD explores life through character in Michael Overa's second short story collection. In just ten stories, Overa manages to define humanity. Overa's short stories are "deeply touching" and "allow for you to become the accidental voyeur' as they navigate uncomfortable truths and challenges. Targeted Age Group:: Adult What Inspired You to Write Your Book? I've always enjoyed road trips. In particular, I enjoy imagining the lives and realities of people that live in … END_OF_DOCUMENT_TOKEN_TO_BE_REPLACED

Inspired by the brotherly love of Vincent and Theo Van Gogh, Brothers Sen Gogh ruminates about the pains of a sensitive soul, the inability of society to identify artistic talent and the heartbreaking tragedy of a flawed brotherly relationship. Soubhik Sengupta is an indie musician with emotional fragility. Sourav Sengupta is an indie music producer who is unable to launch his brother. Will their life follow the script of the life of Van Gogh brothers? Will Soubhik be appreciated for his … END_OF_DOCUMENT_TOKEN_TO_BE_REPLACED

A town on the brink. A teen pushed to the edge. A life changing event leads Chris Hauser to adopt a vigilante persona and sets him on a collision course with anarchy. Targeted Age Group:: 12+ What Inspired You to Write Your Book? Experiences from my own tumultuous teenage years and a lifetime of being inspired by comic books and vigilante media. … END_OF_DOCUMENT_TOKEN_TO_BE_REPLACED

What would you do if you were a homosexual in a country where being gay is severely frowned upon and considered a taboo? What is the ultimate price to pay if you were different, gay? Lagos playboy, son of an ex-beauty Queen; and sole heir to the Johnson fortune, Henry Johnson, is facing a stunning controversy because of his sexual orientation . . . He loves men, yet the thought disgusts him and throws him into turmoil, that is, until he encounters Phoenix, a bisexual male stripper and … END_OF_DOCUMENT_TOKEN_TO_BE_REPLACED