Lacy Dawn's father relives the never-ending Gulf War, her mother's teeth are rotting out, and her best friend gets murdered by the meanest daddy on Earth. Life in the hollow is hard. She has one advantage - an android was inserted into her life and is working with her to cure her parents. He wants something in exchange. It's up to her to save the Universe. Lacy Dawn doesn't mind saving the universe, but her family and friends come first. Rarity from the Hollow is adult literary science fiction … END_OF_DOCUMENT_TOKEN_TO_BE_REPLACED 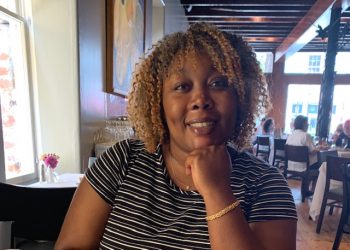 About Demetria Head: Award-winning author, D.C. Head is the recipient of the Literary Titan Book Award for her humor/parody book "The Little Handbook for Navigationally Challenged Cidiots". Having worked on multiple upcoming book projects, D.C. Head considers herself a cross-genre writer. What inspires you to write? It could be a mood or personal experience that inspires me to write. When I wrote the Cidiots book, that was inspired by crazy driving blunders on the … END_OF_DOCUMENT_TOKEN_TO_BE_REPLACED

Janet Delane wasn't supposed to be a spaceship captain. She's fresh out of high school, and she has trouble with technology - it seems to hate her personally. Now she's been drafted into GUPPEAS, an interplanetary peace organization, and put in charge of the SS Turkey and its misfit crew. She's in over her head, she's crushed out on a rival captain's boyfriend, and she's trying to negotiate peace with the Exalted Leader of Pluto, who's just banned....CHOCOLATE?! Targeted Age Group:: Young … END_OF_DOCUMENT_TOKEN_TO_BE_REPLACED

A Russian witch steps through her magic mirror. The heir of a voodoo queen makes more conventional travel plans. But why are they headed for Texas? Once upon a time (a year ago, if you’re a stickler for details), chaotic magic leaking from Alamo excavations triggered an improbable event, drawing the attention of two unlikely rivals in search of a rare prize. The Russian witch Baba Yaga and her two sisters have been around since--even she can’t even remember when. She normally stays at home in … END_OF_DOCUMENT_TOKEN_TO_BE_REPLACED

Grumpy Old Men with a Coffee Buzz! As senior citizens go, Teddy Greenwald might be described as a former class clown with life experience. Ray Starck is a only slightly more serious – sort of like the one kid in a mischievous group who somehow never gets caught. Their friendship has endured through more than a dozen Presidents, marriages, careers, innumerable bottomless cups of coffee and, not least, one another. With so much shared history, the pair carries with them a vast treasure trove … END_OF_DOCUMENT_TOKEN_TO_BE_REPLACED

A satirical autobiographical novel of Donald J. Trump, including fictional and true anecdotes meant to reveal the true character of the man. When the life events become absurd, the satire grows more absurd. Targeted Age Group:: 18+ What Inspired You to Write Your Book? I had been watching Donald Trump my entire life growing up in New Jersey. Most people I knew took him for a joke. When it became apparent that he would be the Republican nominee for president, it started to become … END_OF_DOCUMENT_TOKEN_TO_BE_REPLACED

In this dog-eat-dog world, three friends find themselves getting nowhere in their careers despite their education and work skills. They decide to make their own rules to the game of life and play dirty to get ahead. Each of them concoct schemes to sabotage colleagues and clear the path for their swift advancement. Through a journey of deception and personal discovery, they find that life at the top isn’t what they imagined it would be. All the while, they’re not aware that they’re part of a … END_OF_DOCUMENT_TOKEN_TO_BE_REPLACED

A support group for lottery winners? It shouldn’t exist. It was just a PR exercise. An afterthought. Nobody was actually supposed to turn up. Why, after all, would millionaires need support? But turn up they do, every Wednesday in a tired church hall in North London, among them an ex-builder, a model train fanatic, a well-spoken conman and now, downtrodden lawyer, Mark Jones. The win is the worst thing that's ever happened to Mark. His girlfriend, Jess, is unimpressed. Winning the lottery is … END_OF_DOCUMENT_TOKEN_TO_BE_REPLACED 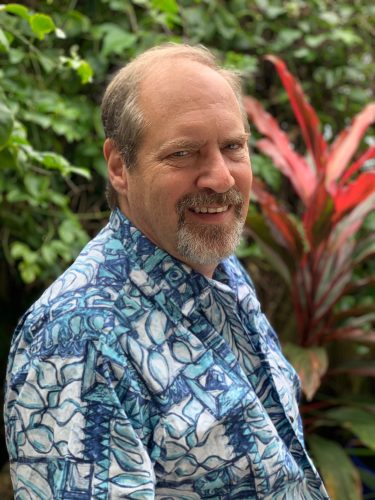 About Charles Souby: Charles Souby is an author and improv actor based in Kapaa, Hawaii. A formal degree in English Literature from San Francisco State University provides a foundation for the past seven years of mentoring by San Francisco Chronicle bestselling author, James Tipton. A writer of diverse genre, he has recently completed his third novel, The Wild Revisited and a collection of short stories, A View from the Borderline. Souby’s second novel A Shot of Malaria (Infinity Publishing; ©, … END_OF_DOCUMENT_TOKEN_TO_BE_REPLACED

About J. A. Hailey: I WANT TO KEEP EVERYTHING UNDER WRAPS, but I can give a valid reason for my caginess, because while I am able to say that I am most often to be found living in and around NYC, I can state that I count it stupid to give any further details that would reveal my identity and pinpoint my address. I shall explain. When living in Dubai, I got dragged into a shouting match with a mega-bank, which then proceeded to ruin the life I was leading at the time. It was a credit card … END_OF_DOCUMENT_TOKEN_TO_BE_REPLACED 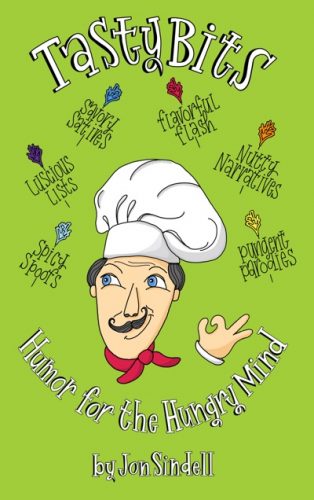 Tasty Bits by Jon Sindell From Jon Sindell's comic kitchen come forty-one morsels to please the palate of the most thoughtful fan of funny, from savory satires to pungent parodies to spicy spoofs to nutty narratives and more. "Jon Sindell has read everything, thought about everything, laughed about everything, and shown us how to laugh too, just when we need it most. His crazily inspired and carefully crafted short humor pieces stand with the best that any contemporary American has done in … END_OF_DOCUMENT_TOKEN_TO_BE_REPLACED 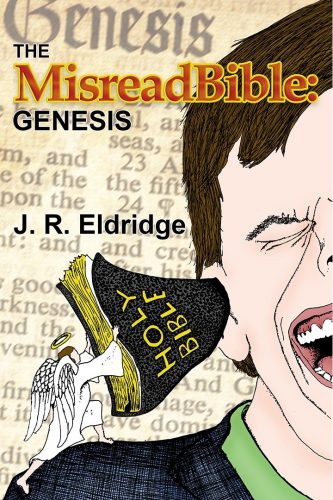 A collection of twisted Bible tales from the warped mind of J. R. Eldridge. Drawing from his fascination with religion and mythology, Eldridge takes the reader on a journey from the creation of the universe to the arrival of the Israelites in Egypt in this blasphemously funny retelling of the Book of Genesis. A lonely deity creates the universe in his mother’s basement and makes a little clay man who falls in love with his own rib. After the humans engage in some freaky angel sex, God decides … END_OF_DOCUMENT_TOKEN_TO_BE_REPLACED