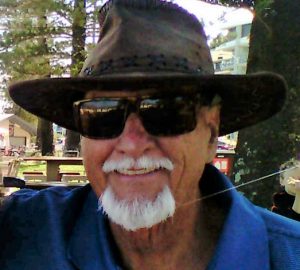 About Gordon Smith: I spent most of his life in sales, public transport and Traffic Management. I managed traffic movements through and around major road work sites throughout Queensland. My last project was as Traffic Project Manager on the construction of the Gold Coast Light Rail throughout the City of Gold Coast. After retiring to Queensland's Sunshine Coast in 2014, I took in interest in researching my family. I discovered links back to the 1400's and even a distant link to the Royal … END_OF_DOCUMENT_TOKEN_TO_BE_REPLACED 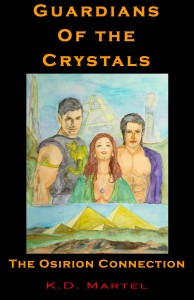 Fourteen years following the Great Flood that destroyed the continent of Atlantis, the survivors of that mighty civilization have recreated their flourishing society once again in the beautiful land of Mayach. Deanu, an Atlantean, is the Guardian of the Crystals, a name given to those Atlanteans who carry the genetic marker that allows them to create a symbiotic exchange with the Power Crystal entities. The Power Crystals are an ancient sentient energy source that originated from the Pleiadian … END_OF_DOCUMENT_TOKEN_TO_BE_REPLACED

About John Kean: I am a professional diver and writer which is quite convenient as I only require water and paper; thankfully both are in plentiful supply. I aim to be accurate, informative and as helpful as possible. I also have a loathing of boring instruction manuals and dull publications purporting to represent the wonderful world of scuba diving. As a result, my own publications (even the so called 'serious' ones) are bursting at the seams with comedy. Even if a book is of educational … END_OF_DOCUMENT_TOKEN_TO_BE_REPLACED

This book is bargain priced from 09/20/2014 until 10/04/2014 Sixteen-year-old Alex has always suspected her father’s death wasn’t random, but she never guessed how deep the mystery runs or what it involves. When a rare meteor shower is followed by a highly contagious infection, the people she once knew so well start acting like they have a similar purpose that doesn’t include her. Alex can now only rely on her friend Chris and loyal dog Baxter as she plunges into a strange, new world … END_OF_DOCUMENT_TOKEN_TO_BE_REPLACED 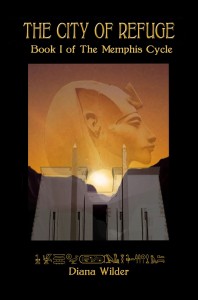 This book is bargain priced from 04/13/2014 until 04/14/2014 Once the glory of Akhenaten's reign, the imperial city lies tangled in the raveled ends of old plots, wrecked, abandoned and rumored to be accursed. When Commander Khonsu is ordered to escort a royal delegation to the deserted capital to investigate reopening its quarries, he finds the assignment anything but routine, beginning with Lord Nebamun, the priest who commands the delegation. Nebamun is a man without a past who does not … END_OF_DOCUMENT_TOKEN_TO_BE_REPLACED

The first book in an imaginative new paranormal romance/historical mystery trilogy. "...we only see what we want to see...what we expect to see..." Discover what's hidden--a powerful, mythic race, an ancient Egyptian prophecy, and a love strong enough to shatter the boundaries of time. Alexandra Larson isn't human...but she doesn't know that. As far as Lex is concerned, she's simply an ambitious and independent archaeology grad student with a knack for deciphering ancient languages, … END_OF_DOCUMENT_TOKEN_TO_BE_REPLACED

About your Book: Heiress of one empire and prisoner of another, it is up to the daughter of Cleopatra to save her brothers and reclaim what is rightfully hers... To Isis worshippers, Princess Selene and her twin brother Helios embody the divine celestial pair who will bring about a Golden Age. But when Selene's parents are vanquished by Rome, her auspicious birth becomes a curse. Trapped in an empire that reviles her heritage and suspects her faith, the young messianic princess struggles … END_OF_DOCUMENT_TOKEN_TO_BE_REPLACED