You are here: Home / Fiction / Science Fiction / Guardians of the Crystals : The Osirion Connection by K.D. Martel 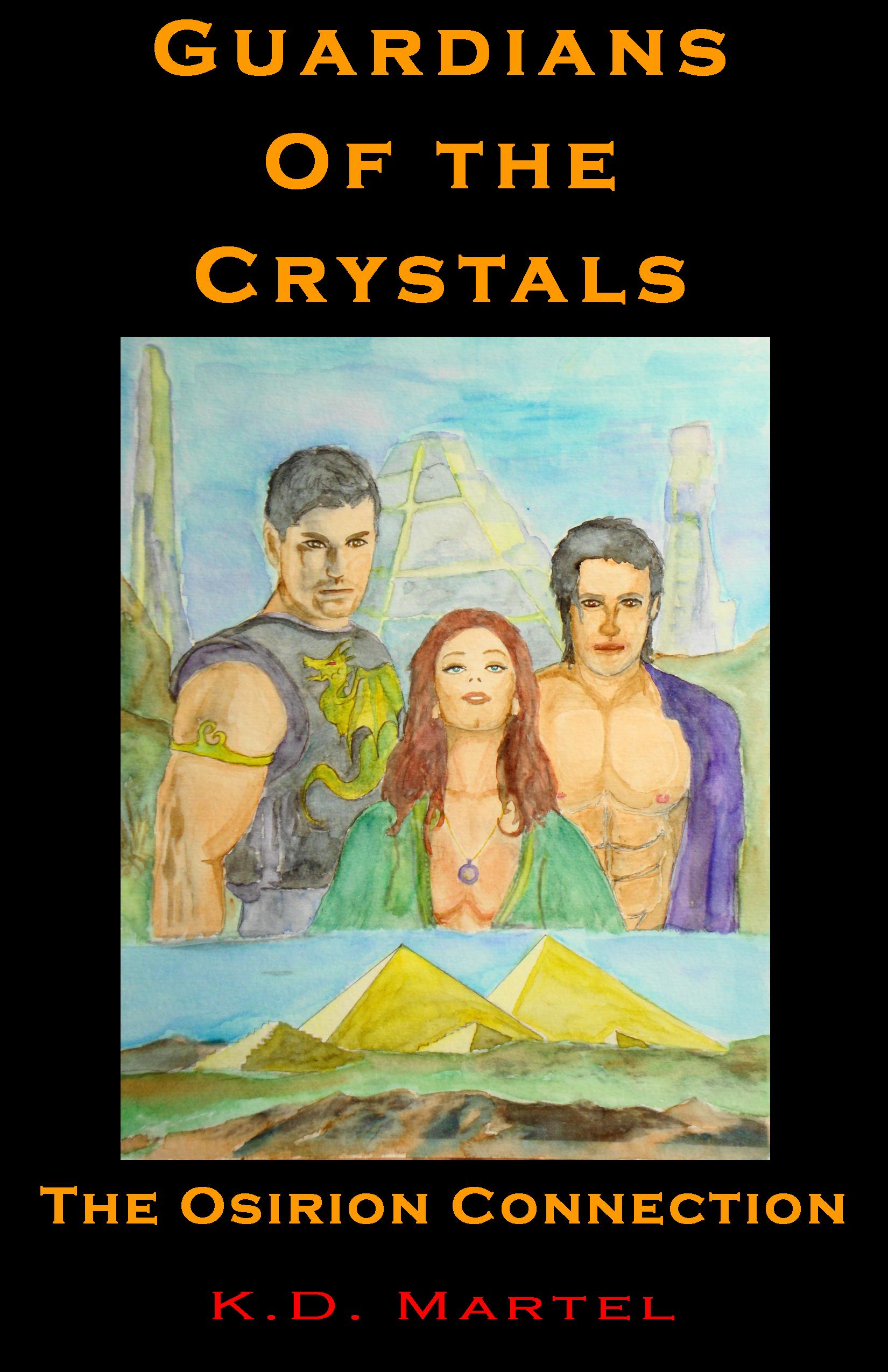 Fourteen years following the Great Flood that destroyed the continent of Atlantis, the survivors of that mighty civilization have recreated their flourishing society once again in the beautiful land of Mayach. Deanu, an Atlantean, is the Guardian of the Crystals, a name given to those Atlanteans who carry the genetic marker that allows them to create a symbiotic exchange with the Power Crystal entities. The Power Crystals are an ancient sentient energy source that originated from the Pleiadian star system, home to the ancestors of the Atlanteans that left their dying planet to colonize Earth over a thousand years ago. The Crystals power everything in the Atlantean civilization, from their normal every day electrical appliances, to their space faring ships.
The Atlanteans also share the Earth with the Osirion, a highly advanced, war-like race of humanoids from the Orion constellation. The two races are on amicable terms, keeping a distance from each other. The Osirion settled upon the Earth hundreds of thousands of years before the Atlanteans, yet their technology is not as sophisticated as the Atlanteans.
An Osirion, named Enkarath, a young engineer from the land of Kemet, visits the Atlanteans to enlist their aid in helping him create a new energy source for his civilization. With much hesitation from the Atlantean Elders, an agreement is reached for Deanu to help Enkarath establish a new power source for his people.
Unfortunately, the technology falls into the hands of a rebel Osirion faction from the red planet, Lahmu, who want to posses the Crystal technology for their own ends including war. Deanu and Enkarath are in a race against time to save their civilizations and the Earth from destruction. Enkarath discovers his true heritage and link to the Power Crystals and to the beautiful Atlantean woman that steals his heart….

What Inspired You to Write Your Book?
For the past twenty years I have studied ancient technologies, civilizations and peoples. I have always been fascinated by ancient civilizations following the last ice age and the enormous feats of engineering used to create their temples, megaliths and monoliths. No one today can explain how it was done and what technology was used because we haven’t attained that high level of engineering today in our own society. Over the past few years I mulled over a way to create a fantastic world upon Earth following the last ice age where our ancestors lived in a highly advanced “Golden Age” creating characters that can relate to us all in a civilization similar to ours, but maybe a bit more advanced. I wanted to blend adventure, action, ancient history with a bit of science fiction / fantasy blend with realistic characters we can all relate to and hopefully, fall in love with. This is my way of recreating a “what if?” ancient history.

How Did You Come up With Your Characters?
My characters are totally fictional. I wanted to create characters from scratch and have them develop their full potential, flaws and behaviours throughout the first book and into the following books, hoping that my readers will relate to them, love them or hate them. I didn’t want them to be based on anyone I knew, or any public figure.

Book Sample
Prologue
Deanu watched with a heavy heart, eyes brimming with tears as her beloved city slowly sank beneath the pulverising force of the brutal towering black waves. From the safety of their ships, the surviving Atlantean people mutely observed their homeland violently disappearing beneath the raging waters. There had been little time to prepare for the catastrophe; barely half of the Atlantean population had made it to the waiting ships. Thousands died when their homes came crashing down amongst them, more drowning while running for their lives to board the ships. Sixty large smooth cylindrical passenger ships hovered over the sinking landmass, each one carrying over twenty thousand Atlanteans and their families. Eighteen immense block shaped cargo ships had been hastily loaded with animals, equipment, food and other precious cargo needed for successfully colonizing another continent. The cargo ships were ascending slowly with their precious payloads to join the awaiting passenger ships.
The beautiful tropical landmass that was once the magnificent civilization of Atlantis quickly froze from the sub zero temperatures, the lush green mountains turning to white ice as the cobalt waves licked up their icy slopes. The air was cloudy with driving snow, hail, fog and typhoon force winds. The ships hovered silently, their massive powerful space thrusters keeping the dreadnoughts steady in the raging icy blasts. The last of the delicate rainbow crystal towers disappeared beneath the hungry violent waves, small bursts of prismatic light bursting through the dark waves from the remaining Crystals that still powered the dying city. The land mass slowly rotated within the polar vortex, the earth’s spin dragging the dying freezing continent to the oblivion of the South Pole. One by one, the ships powered up their navigational lights, intense sky blue beams cutting through the buffeting screaming winds as the ships started moving northwards to a new home.

Buy Guardians of the Crystals : The Osirion Connection On Amazon