Once the glory of Akhenaten’s reign, the imperial city lies tangled in the raveled ends of old plots, wrecked, abandoned and rumored to be accursed.

When Commander Khonsu is ordered to escort a royal delegation to the deserted capital to investigate reopening its quarries, he finds the assignment anything but routine, beginning with Lord Nebamun, the priest who commands the delegation. Nebamun is a man without a past who does not fear ghosts, curses or the spirits said to prowl the surrounding hills and scream in the night.

As Khonsu watches the man move through the undercurrents of old strife and treachery, he begins to suspect that Lord Nebamun has come to put the spirits of the city to rest, whatever the cost.

THE CITY OF REFUGE, the first book in THE MEMPHIS CYCLE, is a story of revenge and renewal, and one man’s discovery that the Paths of Righteousness may lie through peril, but they will always bring you home. 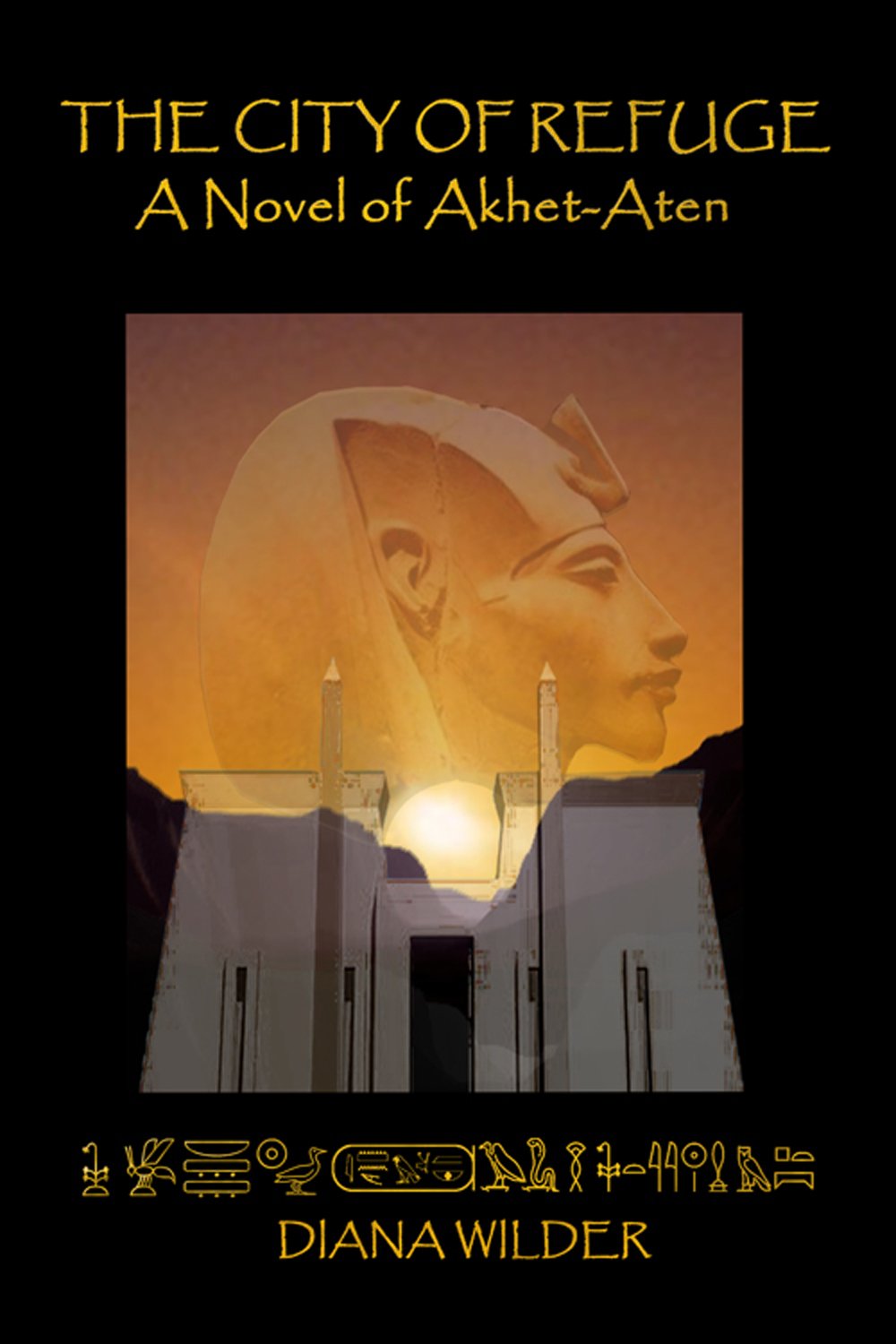 How is Writing In Your Genre Different from Others?
Research is imperative as well as an understanding of human nature and an ability to put yourself in the mind of someone who lived years before you.

What Advice Would You Give Aspiring Writers?
Keep on writing. Don’t be discouraged. Grow a thick skin and have some faith in yourself. Ask for feedback and listen when you get it.

What Inspired You to Write Your Book?
I saw a picture of people by a ruined city waiting for a ship with supplies. I had to find out why they were there, so I wrote the book.

About the Author:
Diana Wilder grew up all around the United States thanks to the United States Navy. She has always loved to weave stories for and about people, and her enjoyment of people-watching led to a love of history that is reflected in her writing
She has produced six published books. Four of them make up The Memphis Cycle, set in the Egypt of Ramesses the Great. These are The City of Refuge, Mourningtide, Pharaoh’s Son and A Killing Among the Dead.
You can find her on most days at some time or another watching people, playing with her dog, trying to knit with greater or lesser degrees of success or doing graphic design.