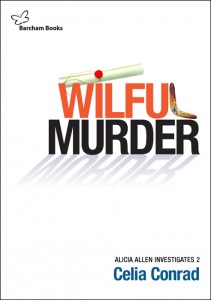 Isabelle Parker, a young Australian heiress who is about to inherit a multi-million pound inheritance from her English grandfather, is recommended to Alicia and instructs her to make her a Will in contemplation of her forthcoming marriage. She tells Alicia that there have been too many ‘accidental’ deaths in her family. Her parents, grandfather and brother are all dead. Will she be next? And then unexpectedly her fiancé who is an artist is blown up in his studio. Travelling to Australia for a … END_OF_DOCUMENT_TOKEN_TO_BE_REPLACED 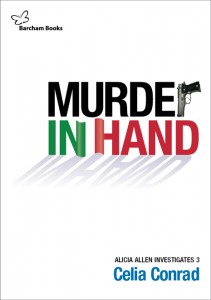 Alicia has a new client, but not your average client. This one, Fabio Angelino, thinks that someone is trying to kill him. The problem is nobody believes him and the police won't help. After discovering that his father Emilio, a New York attorney of Italian descent, vanished in suspicious circumstances in Sicily sixteen years earlier, and after further investigation, Alicia is convinced there is a connection. But when she starts to ask questions of Emilio's former colleagues events take a nasty … END_OF_DOCUMENT_TOKEN_TO_BE_REPLACED 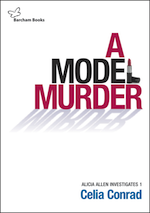 A Model Murder is part 1 of the Alicia Allen Investigates crime trilogy featuring Alicia Allen, the Anglo-Italian Pringle munching lawyer with a passion for solving crime. When an aspiring Australian model, Tamsin Brown, who lives in the apartment below Alicia’s is found raped and murdered and her body dumped in an alleyway in Soho, Tammy’s flatmate Kim begs for Alicia’s help. Alicia feels compelled to assist with the murder inquiry and having discovered that Tammy has been working in a … END_OF_DOCUMENT_TOKEN_TO_BE_REPLACED