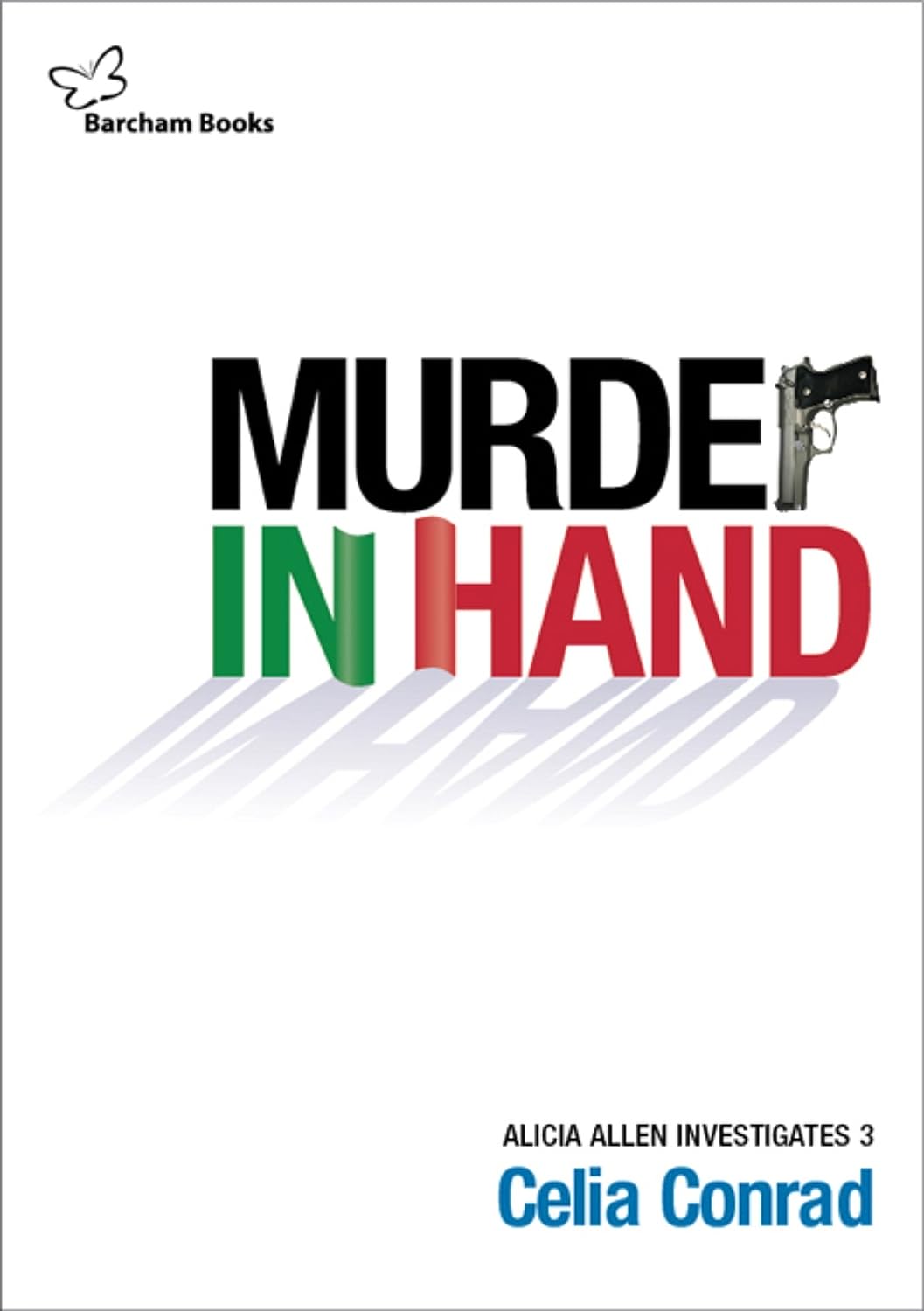 Alicia has a new client, but not your average client. This one, Fabio Angelino, thinks that someone is trying to kill him. The problem is nobody believes him and the police won’t help. After discovering that his father Emilio, a New York attorney of Italian descent, vanished in suspicious circumstances in Sicily sixteen years earlier, and after further investigation, Alicia is convinced there is a connection. But when she starts to ask questions of Emilio’s former colleagues events take a nasty turn. After several brutal murders and now totally committed to finding out the truth, Alicia’s inquiries lead her to Italy where she discovers collusion and corruption and places herself in mortal danger in her bid to catch the killers…

What Inspired You to Write Your Book?
Murder in Hand is the third part in the Alicia Allen Investigates crime trilogy. Since I had created an Anglo-Italian character I decided that this book would have a strong Italian theme not only with Italian characters but also in terms of setting. Sicily, the Neapolitan Riviera, Umbria and Tuscany feature heavily in the book. As with the first two books in the trilogy, A Model Murder and Wilful Murder, I have used my legal background and experience and my love of all things Italian in terms of plotting, characterization and setting. The research for this book was extensive and involved analysing complex Italian legal matters. In the course of my research I found many examples of corruption and intrigue that certainly gave me ideas for the plot.

How Did You Come up With Your Characters?
Murder in Hand finds Alicia connecting with her Italian roots and I introduce another family member who happens to be an attorney in New York. Alicia has a keen sense of family and she’s a very caring character and this is reflected in the way she interacts with her family and other characters in the books. Again there are a number of lawyers in the book and I have used my knowledge and experiences in forming their characters. As well as introducing new characters, I have also brought back the key characters from the first two books and several characters from book one which did not feature in book two.

About the Author:
Celia Conrad is a British author who shares similarities with the heroine of her Alicia Allen Investigates Trilogy in her own Anglo-Italian heritage and solicitor experience (aka “lawyer” in the U.S.). Together they share an enthusiasm for crime solving, Shakespeare, All Things Italian and, of course, Pringles. A Model Murder was her debut novel, written at the suggestion of a mentor who encouraged her to write mysteries based on real-life stories she has encountered while working within the law. Wilful Murder and Murder in Hand are the other two books in the series.