You are here: Home / Fiction / Action & Adventure / Essays by a Man with Too Much Free Time by Kim A. Smith @kimsmith313

This book was originally published as Triathlon Workout Thoughts.

I retired from Iowa State University in 2009, after a 30-year career as a journalism professor at four universities. My immediate plan was to spend my extra time swimming, biking, and running with the goal of completing an ironman-distance triathlon. Inspired by several triathletes’ blogs, I decided to have a go at blogging about my training experiences. It turned out that I had only so much to say about being a triathlete. But the often-solitary long swims, rides, and runs were conducive to reflecting on my life and thinking about assorted other subjects. So The Smith Report, as I creatively called it, evolved into a blog about whatever I happened to be thinking about while I trained.

With no lectures, research, or university politics to occupy my thinking, I was surprised about what popped into my head some days. Perhaps the rhythmic nature of swimming, biking, and running opens the mind to thoughts long buried. I sometimes pondered events and people from my career as a professor, some from decades ago. Much thought was given to my family life over the years. News events, especially from the political world, often occupied my thinking as a scholar of political communication. But most of all, I assessed my own up and down life. The essays in this book, some serious, some satirical, about anything and everything, are an outcome of these long training sessions. 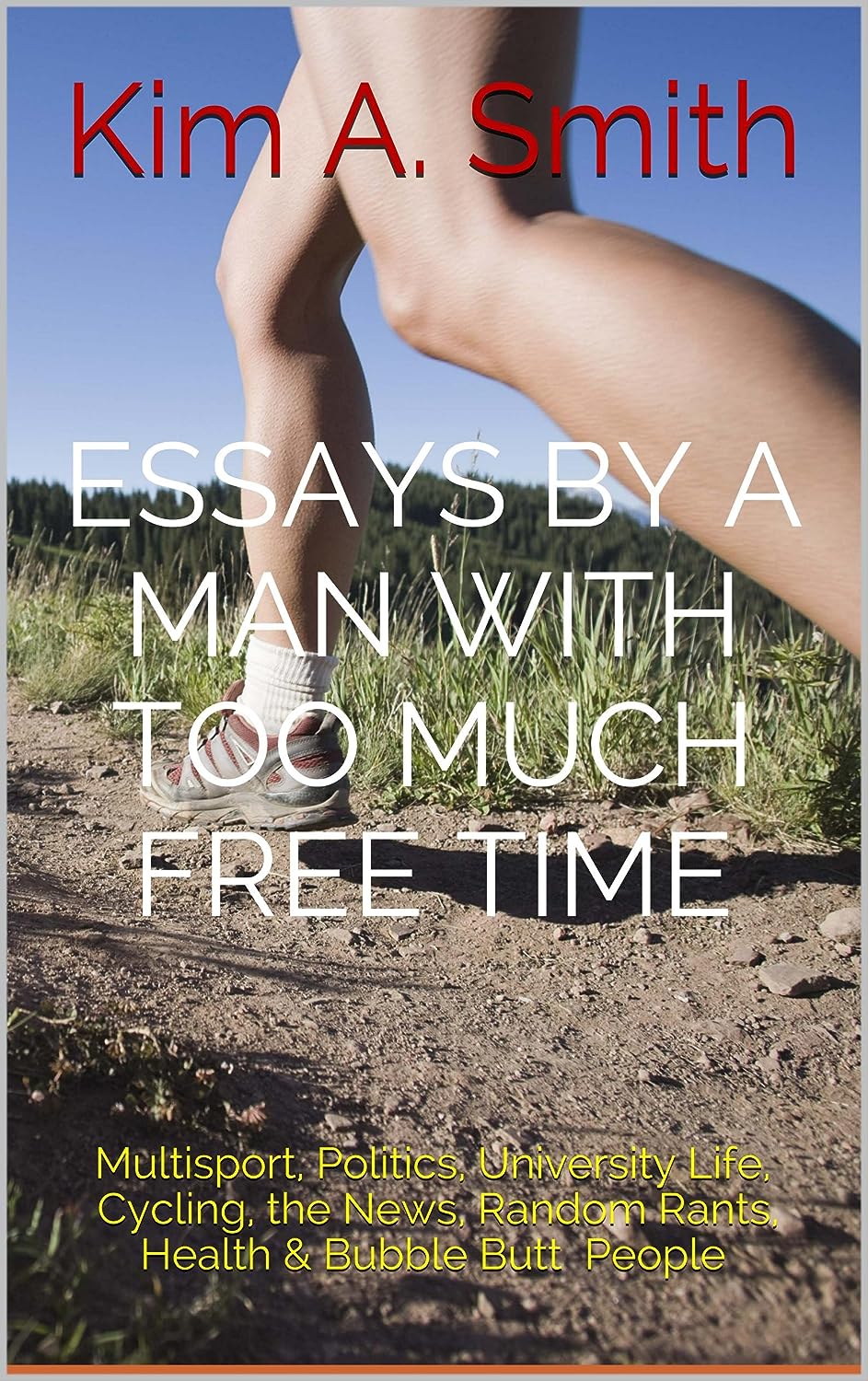 About the Author:
Kim Smith was born in London, England, but raised in the United States in a mixed-country family by an English mother and an American father. He earned an interdisciplinary doctorate in political science and mass communication at the University of Wisconsin–Madison. He retired in 2009 after a 30-year career teaching journalism at four universities. Since he retired, he has used his free time to contemplate the meaning of life and write.