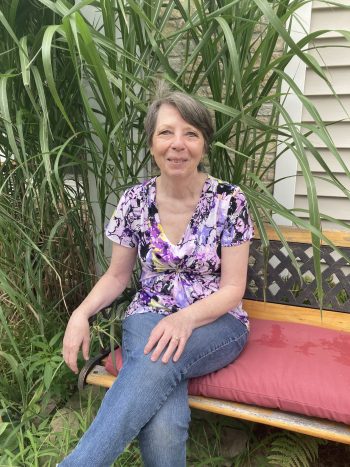 About Author Barbara Daniels-Dena: Barbara Daniels Dena is a new indie author with her eclectic book debut of "For the Soul: A Collection of Short Stories," released in August 2021. Almost a memoir, this unique collection of inspiring stories of 'good ole fashioned living,' along with many of her past and present memories and life experiences that tugs on the heart, warming stories, and fictional tall tails delighting readers worldwide. The book is available now for purchase on Amazon Books, … END_OF_DOCUMENT_TOKEN_TO_BE_REPLACED

I Was Just a Radioman by Pamela Ackerson Their hearts were strong, and their courage endless. Pearl Harbor survivor, Black Cat radioman, and decorated WW 2 veteran. ARM H. P. Lawrence, tells the true story of the fight against the Japanese in this compilation of his memoirs. One of only a handful of non-Native American code-talkers, H. P. Lawrence became a member of an elite fighting force, the Black Cats. Flying in their nocturnal missions, the Cats claws were sharp and their aim deadly. … END_OF_DOCUMENT_TOKEN_TO_BE_REPLACED 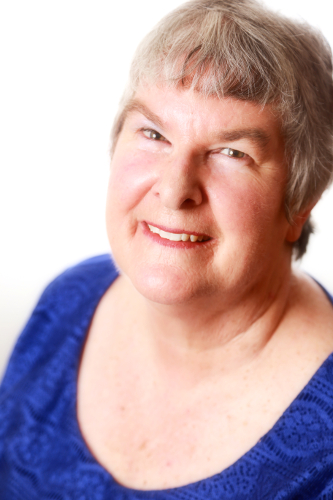 About Kathy Connor Dobronyi: “Who did you talk to in Saigon?” he asked. “No one,” I whispered. “You were 12-years-old and you didn’t talk to anyone?” “I was an Army brat. My father was an officer in Military Intelligence,” I explained. Moments passed. Scenes flashed through my mind. Quiet kitchen. Empty dining room. Vacant carport. Nam. I talked to our Vietnamese houseboy, Nam, who helped me understand what was happening in his country. He talked with me, telling me his story and Viet Nam’s … END_OF_DOCUMENT_TOKEN_TO_BE_REPLACED 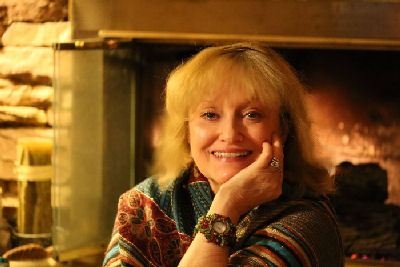 About Debra Shiveley Welch: Award winning author Debra Shiveley Welch was born in Columbus, Ohio USA and has lived in the Greater Columbus area all of her life. She now resides in Westerville, Ohio with her husband Mark and son Christopher, also a published author. Debra uses Columbus and Westerville in most of her books, drawing from her experiences and incorporating them into her stories. The winner of multiple awards, Debra is the author of eight books: Circle of Time, Swinging Bridge, … END_OF_DOCUMENT_TOKEN_TO_BE_REPLACED 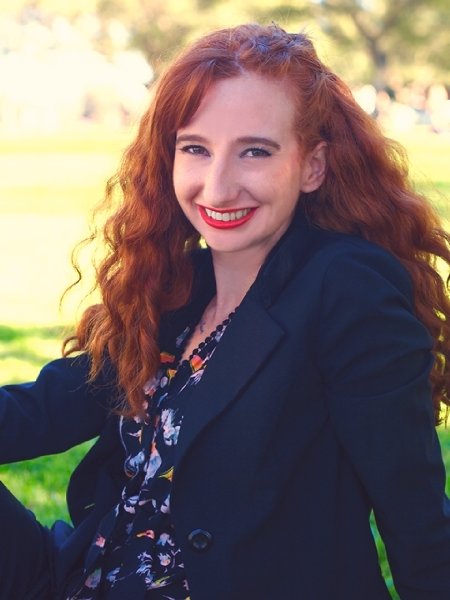 About Amy D. Brooks: Amy D. Brooks is a memoirist and fiction writer. She has been a published author since age nineteen and has sold over a hundred thousand copies in twelve different languages. She is currently sober, stable, and living in San Diego, California.</p> Brooks has been influenced by contemporary poets and authors and also writes poetry. She is inspired by Christian literature, specifically that which emphasizes the role of women in the faith and church. She is an avid … END_OF_DOCUMENT_TOKEN_TO_BE_REPLACED

About Nikki Fuller: Nikki is as she describes herself just 'one woman'. Whether this be as a daughter, mother, wife or business entrepreneur. Through the different caps she wears like many other women, she has seen and experienced the highs and lows in life so far. She puts her hands up to struggling with 'Life' and anxiety and strives every day to find that 'Happy' place and even some days finds it! Nikki tries to find positive affirmations that help make life more comfortable to wear and if … END_OF_DOCUMENT_TOKEN_TO_BE_REPLACED 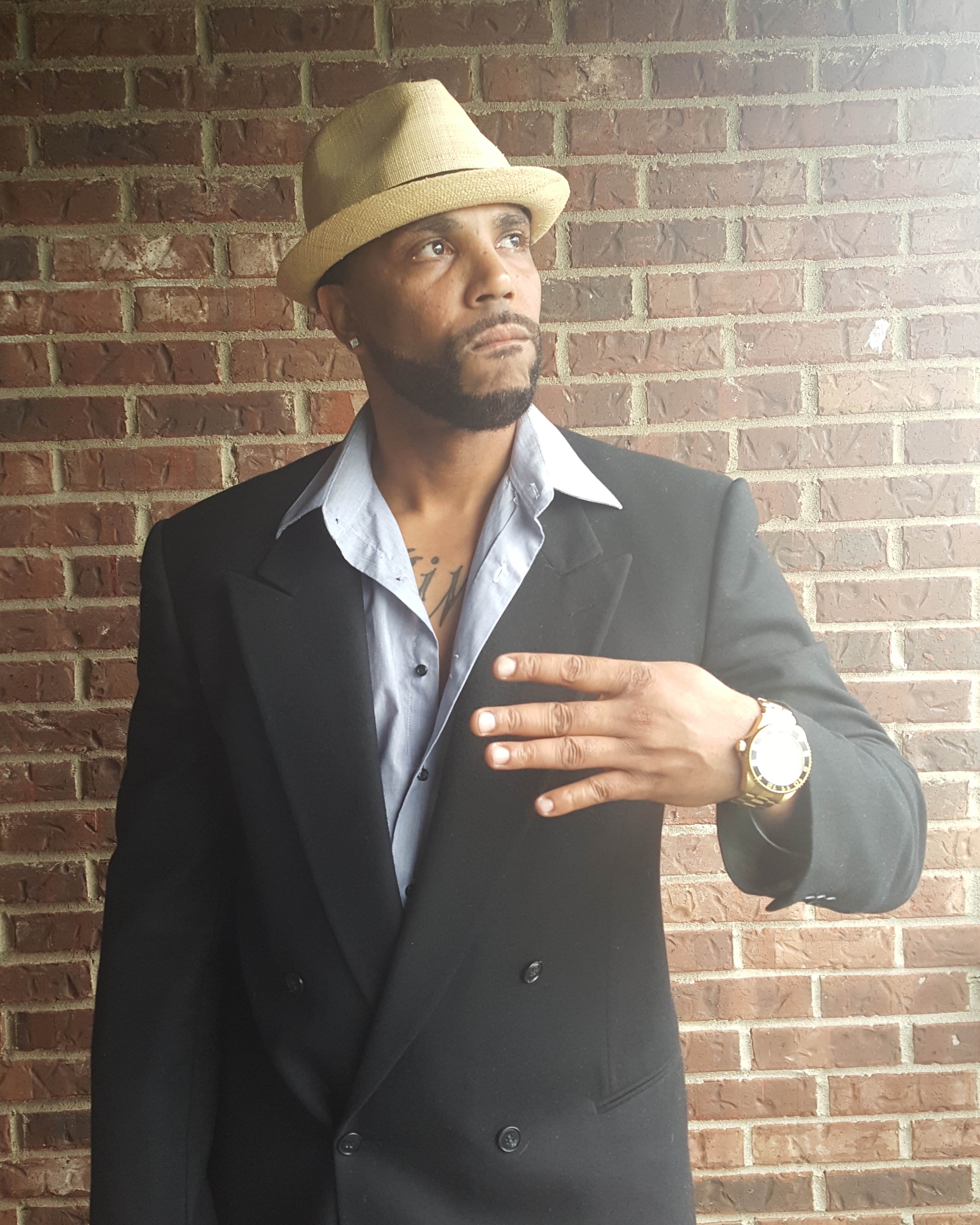 About Mike Peek: Michael Dion Peek was born in Cincinnati, Ohio. He was previously ranked as the fourth-best freshman basketball player in the nation. After not making it to the NBA and stints of homelessness and drug dealing, Michael turned his life around. Michael currently has an associate’s degree from Schoolcraft College and a bachelor’s degree from the University of Cincinnati and is currently in his second year of pursuing a master’s degree from South Dakota State University. What … END_OF_DOCUMENT_TOKEN_TO_BE_REPLACED 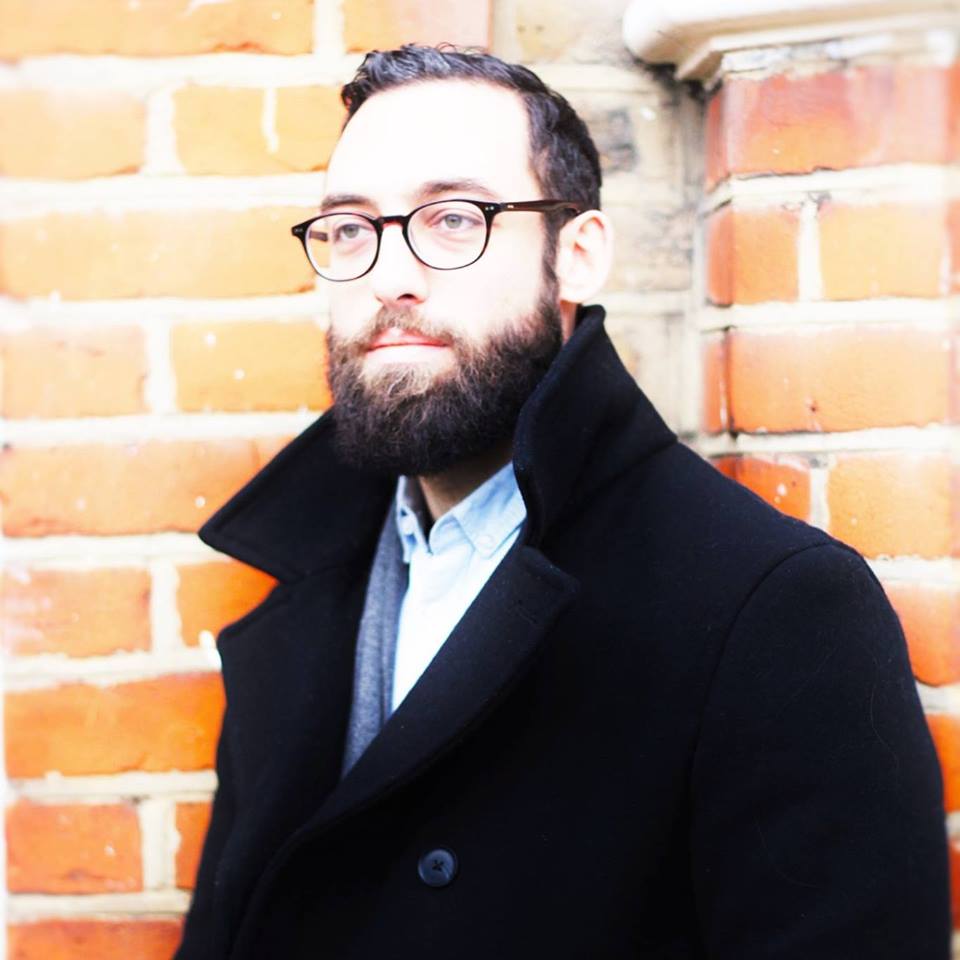 About Gian Andrea: Gian Andrea is an Italian writer who currently resides in the United Kingdom. Voracious reader since young age, he grew very fond of Philosophy, Art and Linguistic; along with his wide interest for Physics and Human Biology. He holds a Bachelor degree in Literature and History with honours, and a Master degree in Philosophy with honours. BRIEF UNOFFICIAL BIOGRAPHY Back to the time when he was better known for his physique, rather than his brain, Giannandrea was a kid … END_OF_DOCUMENT_TOKEN_TO_BE_REPLACED 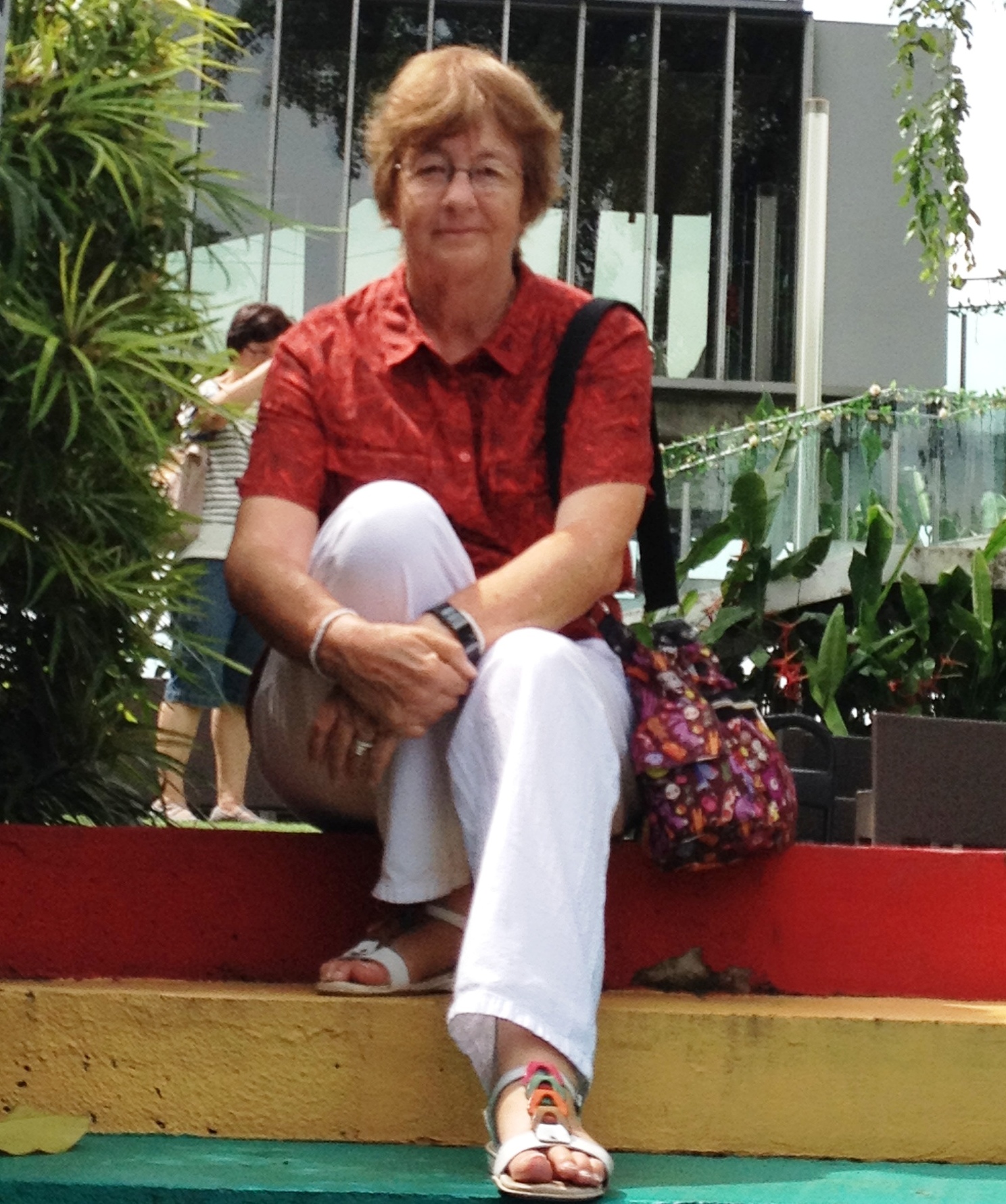 About Lucinda E Clarke: I've been a professional writer for over 30 years, scripting for both radio and television and had numerous articles published in several national magazines. I've also written mayoral speeches and advertisements and currently write a monthly column in a local publication here in Spain. I had my own newspaper column once, until the newspaper closed down, but it wasn't my fault honestly. I was lucky enough to win over 20 awards for scripting, directing, concept and … END_OF_DOCUMENT_TOKEN_TO_BE_REPLACED 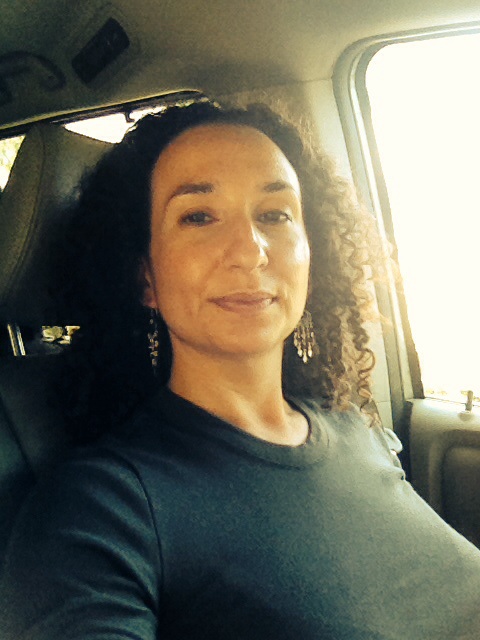 About Sofiya Turin: I began writing in elementary school. It is all I have ever wanted to do. I am a poet and a writer of stories for readers of all ages. I combine my extensive experience in education and over 20 years of working with children of all ages to write stories that will touch hearts and enrich lives. I am a mother of two amazing children who inspire me to write every day. What inspires you to write? Daily life inspires me to write. Everything from a falling leaf to the wag of … END_OF_DOCUMENT_TOKEN_TO_BE_REPLACED 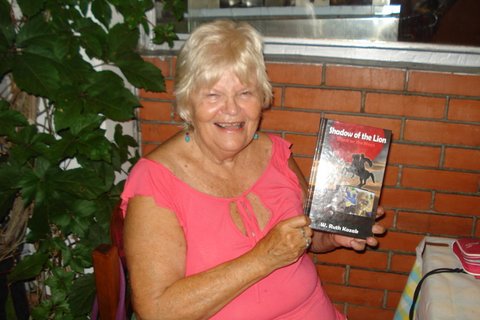 About W. Ruth Kozak: Ruth was writing stories from an early age, beginning with plays she wrote for classmates and friends in primary school. When she was a 16 year old high school student she learned about a fascinating character in history class: Alexander the Great, and he became her passion. By the end of high school she'd written an Alexander themed novel. From high school she followed her dream of becoming a journalist and went to work for the Vancouver Sun newsroom as a copy-runner … END_OF_DOCUMENT_TOKEN_TO_BE_REPLACED 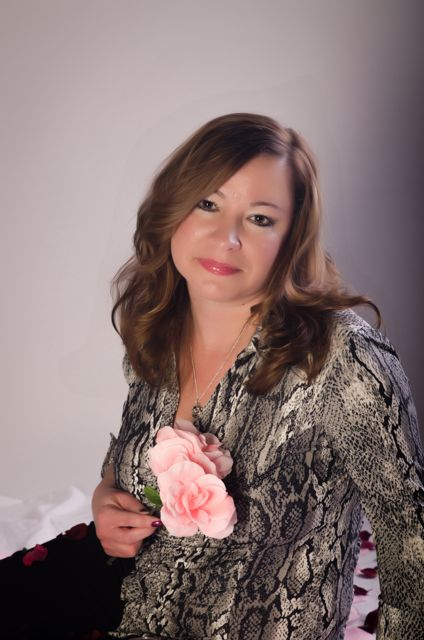 About Deanna Kahler: Award-winning author Deanna Kahler is a proud mom and an accomplished writer. She began writing as a young child and enjoys the opportunity to reach others and make a difference in their lives. "Sara’s Soul" is her fourth book. It was designed as a follow-up novel to "Echoes of Paradise," a paranormal love story about the afterlife. Two of her books have been honored with awards. "From Pain to Parenthood" was named a finalist in the 2014 Next Generation Indie Book … END_OF_DOCUMENT_TOKEN_TO_BE_REPLACED