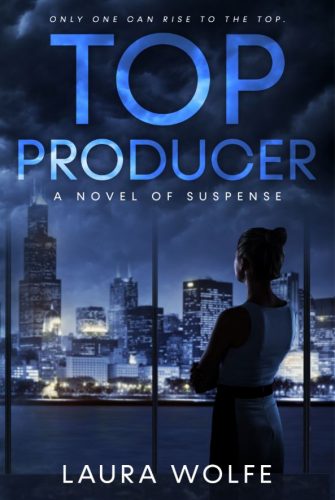 Top Producer by Laura Wolfe When Mara's dream job turns into her worst nightmare, she realizes it's not only her livelihood at stake--it's also her life. Real estate newbie, Mara Butler, can't believe her luck when she lands a position with one of Chicago's top realtors, Jacqueline Hendersen. But Jacqueline's polished exterior conceals her crooked moral compass and relentless quest to win the prestigious Top Producer Award. Under Jacqueline's tutelage, Mara earns enough money to pay for her … END_OF_DOCUMENT_TOKEN_TO_BE_REPLACED 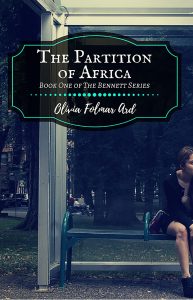 A wannabe journalist. An untapped local scandal. An entire future on the line. Molly Marshall is happily married, incredibly rich, and up for a Pulitzer . . . in her dreams. Her reality is a different story. No one wants to pay her to write, and her student loans won’t let her work for free. Her job in a taco truck with her psycho roommate is the only escape she has from her lackluster fiancé, Gavin. But when a scandal she failed to cover as a student surfaces again, Molly can’t resist … END_OF_DOCUMENT_TOKEN_TO_BE_REPLACED

A good girl. A hunky professor. A jealous ex. What could possibly go wrong? Hattie Greene was the typical quiet, nerdy good girl at HKCU...until she wasn't. After a lapse in judgment and one vulnerable night spent with Samson Campbell, Ph.D., she's gone from being teacher's pet to professor's mistress. Caught between her feelings for Samson and the whispers of her conscience, Hattie moves through each day terrified that her mistake will cost her everything, and things aren't looking … END_OF_DOCUMENT_TOKEN_TO_BE_REPLACED 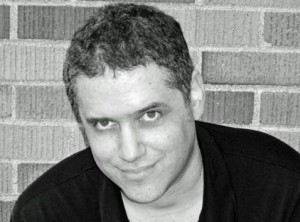 About Jim Snowden: Jim Snowden was born in Santa Monica, CA in 1971. As a kid he moved around a lot, spending time in New Jersey, Cleveland, Houston, Los Angeles, and small towns in Utah and Washington State before graduating high school. He started out as a physics major at Lawrence University, but quickly discovered that his passions lay with the arts, so he switched to drama. He sold his first short story to Pulphouse magazine in 1992. He's since written two novels, Dismantle the Sun and … END_OF_DOCUMENT_TOKEN_TO_BE_REPLACED

About Richard Hennerley: I am to be found firmly adrift in the land of Anywhere, also known as the Land of Stories, loitering with fictitious intent and words aforethought at the end of a sentence that begins with "Once upon a time..." I live in England. I have some strange ideas in my head. I struggle with understanding what this world is about: is it really all random? I am blessed with a loving partner and family and three beautiful dogs. I eat, drink, sleep and bleed if you cut me. I am … END_OF_DOCUMENT_TOKEN_TO_BE_REPLACED

Cait Milner is a brave and vibrant woman struck down by a common and incurable illness. Her need for a lifetime of treatment triggers the loss of her insurance. Cait, while in her distorted mania, decides to fight back. The CEO of America’s largest insurance company, Medwin Insurance, becomes the target. In the ultimate irony, she decides the best revenge for an insurance giant is a taste of his own medicine. As Cait single-handedly goes after retribution, the powers of the healthcare empire … END_OF_DOCUMENT_TOKEN_TO_BE_REPLACED

This book is bargain priced from 01/21/2014 until 12/31/2014 Elisa Tinsley only wanted one night of passion from the handsome, powerful, and wealthy state Senator Carson Royal. What was intended to be a one time fling turns into something more complicated when Elisa discovers she’s pregnant. Her plans to keep not only her marriage intact but the baby’s paternity hidden from her husband combined with Carson’s decision that he wants Elisa for himself leads to a course of events which could be … END_OF_DOCUMENT_TOKEN_TO_BE_REPLACED