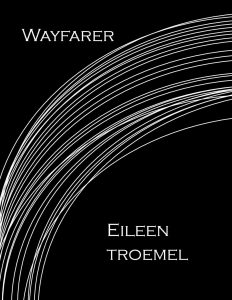 Adara Stone youngest pilot in the Interstellar Planets Union survived one ship’s destruction only to be treated like a jinx. Being half human and half Wayfarer, she’s always been set apart. Adara covets being in space and the Pritchard. She loves the feel of the ship in her hands. Captain Decker Flannery thinks she’s too young, too solitary, and too sexy to be on his ship. He needs a third pilot so he has no choice. Flannery finds fault in every action Adara takes but at the same time finds himself drawn. He doesn’t like other people touching her and he finds himself protective and attracted. Adara’s past puts her and her crew in danger. She fears her “jinx” will harm those she’s come to love but they love her and are willing to fight to protect her. In the end, Adara finds a home and a family.

What Inspired You to Write Your Book?
One of my daughters is a librarian who reads a lot of books. She asked me to write a space adventure story for her. She was complaining about not having anything interesting to read in this genre. I grew up on Star Trek, Star Wars, Lost in Space. Space is fascinating to me and it draws me with all the possibilities. All of this mixed in and the result was a lead female character who was good at being a pilot but who had lost her way when it came to people. She was always a little apart from them. I threw this all into the mix and came up with a vulnerable yet strong woman who just wants to fly but in the process of flying she finds more of what she needs in people.

How Did You Come up With Your Characters?
When I read books, I like characters who clash. I like when two characters have to figure out how to get along and let the other character be strong. Adara has been beaten up by life, losing her parents young and recently losing her ship mates. Yet, she knows she’s a great pilot. She tries to stick to what she does best – flying. Decker is a hard man, all tough captain without compromising. Things will be done his way. He’s in charge and responsible for a lot of people and the crew has a serious job of maintaining law and order. There’s no room for laughter or love. When these two strong people come together, the clashes are amusing, explosive, and entertaining.

Book Sample
In just over two hours, they’d worked their way through three bars. Lisa and Jack were
buzzed and on the dance floor. Adara sat at their table. She was hungry and wanted real food
not bar food. The noise was giving her a headache.
The music slowed. Lisa and Jack came together to slow dance. Adara noticed how
natural they were with each other. Her body melded to his. His arms wrapped protectively
around her. Adara watched as they swayed to the music. Jack murmured to Lisa and she
blushed, smiled, laughed.
The slow song ended. The throb of a techno fast song banged through her head. Adara
would go the next time they came back to the table. Adara saw two men bump into Jack. As
they were pushing Jack around two more men grabbed Lisa. They grabbed at her, pushing her
between them as they ground their groins against her. She struggled to get away. Adara was on
her feet and wading through the people instantly. Approaching the two men by Jack, she kicked
the back of one man’s knee. She slammed her fist into his cheekbone. The guy went down
giving Jack a chance to fend off the other guy.
Adara pulled the same move with one of the men by Lisa. Lisa’s dress was torn, the
halter askew. The man she kicked turned and launched himself at her.
Jack took a beer bottle to the head and went down to his knees. He managed to push one
of the men into a dancer. It started a chain reaction with people throwing punches.
Adara side stepped the man but he swiveled quickly. For a big guy he moved fast. He
had her from behind, both arms wrapped around her. He squeezed and hit her in the side. Adara
felt the air whoosh out of her. The other man had his hands all over Lisa. Adara kicked the man
in the knee. He grunted and dropped her. He snagged her shirt though and dragged at it. She
felt it tear and felt scratches along her chest. She leaned forward so she could do a donkey kick
at the man. The kick pushed him back against the bar. He grabbed a beer bottle, broke it and
came at her. She ducked under his flailing arms. He turned to make another pass but someone
from behind hit him with a bottle. He fell but the bottle in his hand cut Adara’s leg on the way
down.
Adara rushed towards Lisa. The man had his hand up her skirt while he held her tight
with his other arm. She struggled to get away from him but he was too big. Adara yelled, “Get
the fuck away from her.”
He laughed. Someone banged into them from behind and the man loosened his hold on
Lisa. She broke free and rushed towards Adara. The man rushed both of them. Adara pushed
Lisa aside, when the man was nearly on her she turned and flipped him over her back so he
landed heavy. He didn’t get up. Adara grabbed Lisa’s hand and looked for Jack.
Jack struggled as one man held him and the other pummeled him. Hits to the face,
stomach, ribs rained down on Jack. Adara took a running leap and kicked the man holding Jack
in the back. All three men tumbled together. Jack rolled free, standing slowly he looked for Lisa
and Adara. Adara grabbed him and Lisa heading for the door. Too late, the security was already
wading in with shockers and handcuffs. The three were hauled away.
“Can’t you see they’re injured,” she struggled against the tall security officer holding her.
“Lieutenant Sorenson has been assaulted by two men. Lieutenant Norris probably has internal
bleeding from the men who beat him up.”
“You’re all going to processing,” the security officer told her. “No one’s bleeding much.
Your captain will be contacted. It will all go through channels.”