About Paul James: Paul James is an engineer with a life-long interest in books and writing. Originally from England, he's lived with his family near Toronto, Canada, for many years and where he walks, runs and takes wildlife photos whenever the weather will let him. In his writing, he likes to capture the humorous side of life even when sometimes the world doesn't seem to warrant it. What inspires you to write? Mainly to have the stories in my head go out to the world. And not … END_OF_DOCUMENT_TOKEN_TO_BE_REPLACED 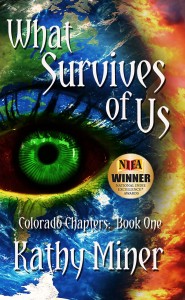 Targeted Age Group: 18+ Category: Science Fiction Print book price range: 11.99 eBook price range: 2.99 About What Survives of Us: Winner of the National Indie Excellence Award in the Cross-Genre Category! Naomi sees her first corpse in a Colorado Springs grocery store, but it won’t be her last. With devastating speed, a plague sweeps first the city, then the state, then the world, leaving less than 1% of the population to go on. Naomi finds herself fighting for survival in a world … END_OF_DOCUMENT_TOKEN_TO_BE_REPLACED 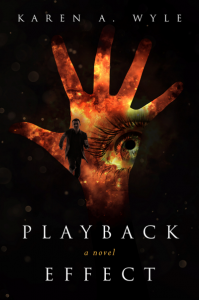 About L. S. O'Dea: L. S. O'Dea grew up the youngest of seven. She always wanted to do what her older siblings were doing, especially reading stories. Ill at a young age, she immersed herself in books. Her life changed when she read a short story written by her older brother and realized that normal (somewhat anyway, since her brother was a bit weird in her opinion) people created these amazing stories. From that day forward, she wanted to write. However, as with all good stories, … END_OF_DOCUMENT_TOKEN_TO_BE_REPLACED

For Taylor Scott, scientist and Christian, genetic experimentation collides with faith, conspiracy, totalitarianism, liberty and the fight for survival in the near future. Playing God has its consequences. Scott wants to create a better world for an austere, government-controlled society. He creates a creature to fulfill that desire. His intellectual property is surreptitiously pirated and modified for the government’s plan for complete domination. Conflicting with his Christian view, his … END_OF_DOCUMENT_TOKEN_TO_BE_REPLACED