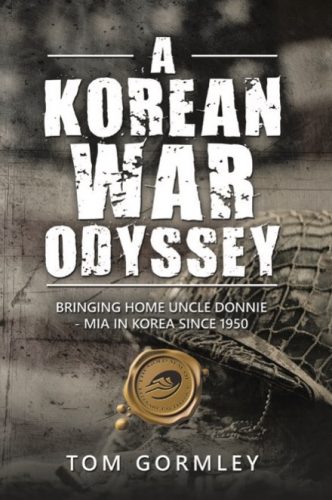 In the biography and memoir A Korean War Odyssey, the story of the Forgotten War is told through the alternating perspectives of two young men from similar situations but born on different continents, followed by the efforts to locate one of them many years later. Small-town Missouri boy Donald Matney joins the army during peace time to see the world and is posted to the good life performing occupational duties in Japan. Woo Kyu Chul lives simply growing rice with his wife and young daughter … END_OF_DOCUMENT_TOKEN_TO_BE_REPLACED

Jamie and Yoshi are late twentieth century members of the Funakoshi ninja clan who were trained by Yoshi’s uncle, Tanemura Funakoshi. When the Waruiyatsu, a sinister clan with an ancient grudge, attack Jamie’s high school and hold his classmates hostage in an effort to bring Tanemura and his two students into the open, Jamie and his clan sister are forced to attempt a rescue. Going along are a close group of friends, each with his own interest in the fighting arts. From Dave, whose … END_OF_DOCUMENT_TOKEN_TO_BE_REPLACED