Zack Tripler, a psychiatrist, admits to the hospital Youssef al Saud, an agitated young Saudi American, in the midst of what appears to be a psychotic break. Youssef has been hearing voices and was found hiding with his laptop in the woods from unidentified assailants whom he believes are trying to kill him. He’s found coded messages on the laptop that he suspects portend a terrorist plot. When Youssef is found dead, either by suicide or murder, Zack develops symptoms similar to Youssef’s, … END_OF_DOCUMENT_TOKEN_TO_BE_REPLACED 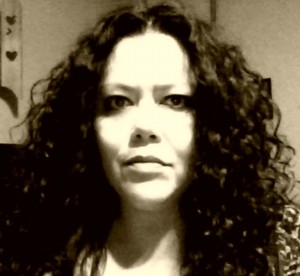 About Kelly Proudfoot: I am an Australian author, now living in Nashville Tennessee, working for the State of Tennessee as a HR Technician. Delwyn of the Realms - Storming Archives Book 1 is my first published novel. It's a portal fantasy about a woman who discovers a mirror portal to the dreamworld - and beyond! I am currently three quarters through the first draft of the sequel - Book 2 in the Storming Archives. My articles have been published in Llewellyn’s Almanacs, such as the 2011 … END_OF_DOCUMENT_TOKEN_TO_BE_REPLACED

A machine capable of recording our dreams has been created... Benjamin Walker’s lifelong career of testing experimental drugs and medicines, as well as participating in fascinating sleep-related studies, has come to an end. A new and lucrative job opportunity is offered to Ben, working on a project named Lucy, a machine capable of reading and recording a person’s dreams in intimate detail. Headed by the genius Dr. Peter Wulfric and privately funded by the elusive millionaire, Mr. Timothy … END_OF_DOCUMENT_TOKEN_TO_BE_REPLACED

It started with a rose and the girl nobody else can see. Her eyes follow Tom wherever he goes. Watching. Waiting. She surrounds him. She haunts him. Like poison, she infects everything around him, choking and suffocating until all he can see is her, all that exists is her. So...why can't anybody else see her? Even when she's standing right in front of them? Reality turns against Tom as he clings to the shreds of his sanity, knowing she's real. She has to be. He isn't...crazy. But the more … END_OF_DOCUMENT_TOKEN_TO_BE_REPLACED