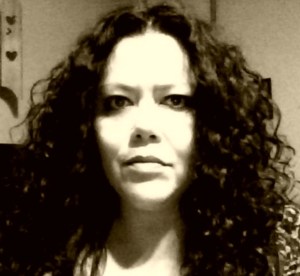 About Kelly Proudfoot:
I am an Australian author, now living in Nashville Tennessee, working for the State of Tennessee as a HR Technician. Delwyn of the Realms – Storming Archives Book 1 is my first published novel. It’s a portal fantasy about a woman who discovers a mirror portal to the dreamworld – and beyond!

I am currently three quarters through the first draft of the sequel – Book 2 in the Storming Archives.

My articles have been published in Llewellyn’s Almanacs, such as the 2011 Magical Almanac, 2012 Witches’ Spell A Day Almanac and the 2013 Herbal Almanac.

What inspires you to write?
I love the Beat writers – especially Ginsberg, Kerouac and Burroughs. Angela Carter is divine! Love Anais Nin and Henry Miller, H.P. Lovecraft, Kafka, Neil Gaiman, Caitlin R. Kiernan – and the setting of my novel wouldn’t have had half it’s magic without Enid Blyton.

I lost myself in “The Magic Faraway Tree”, “The Enchanted Wood” and “The Folk of the Faraway Tree”, while staying at Maffra – in my Aunt’s house – at her mysterious farm! Kate Bush and Tool completed the scene by providing the soundtrack, and my imagination filled in the rest!

Tell us about your writing process.
I am both an outliner – using powerpoint, spreadsheets and The Brain (program) – as well as a seat of the pants writer! It depends on what I’m writing and how I feel on any given day. I believe in just getting the story out – and not censoring or reviewing as I go. Then when the first draft is complete, I go back to the beginning and start the second draft, which is phase two of the review process.

I’ve found that you need at least 5 drafts before the work is ready for submission. Also – beta readers are essential to honing your writing. I create character sketches before I write – but I find that they evolve as the story continues – so there’s a lot of redefining going on.

For Fiction Writers: Do you listen (or talk to) to your characters?
Both – and often! I constantly imagine how they would respond to any situation in the story – based on their backgrounds etc. I think about my protagonist in the shower, driving to work – everywhere! Psychological profiling is key for me.

What advice would you give other writers?
First thought – best thought – according to the Beat writers! Don’t censor as you write. Don’t stop writing! If you’re ever stuck or have ‘writer’s block’ – re-read what you have recently written – the flow will pick up where you left off, or a new stream of consciousness will emerge.

How did you decide how to publish your books?
These days – self publishing is easy – through platforms like Amazon, Createspace etc. I submitted query letters to several publishers and agents – and found it too frustrating.

I prefer being in control of my work – even though the marketing and promoting is daunting. But the more you do it and research (including linking in with other writers and having profiles such as a Twitter account, Facebook – and a blog/author website) – the better you get at it.

Self publishing is very rewarding. You get to keep your finger on the pulse – rather than relying on someone else, who might not have your best interests at heart.

What do you think about the future of book publishing?
I think that self publishing is the go. Fair enough – big publishing companies have a wider reach (and bigger expense accounts!) – but they are only interested in what they can get out of it – as much as they like to say that they are passionate about supporting authors.