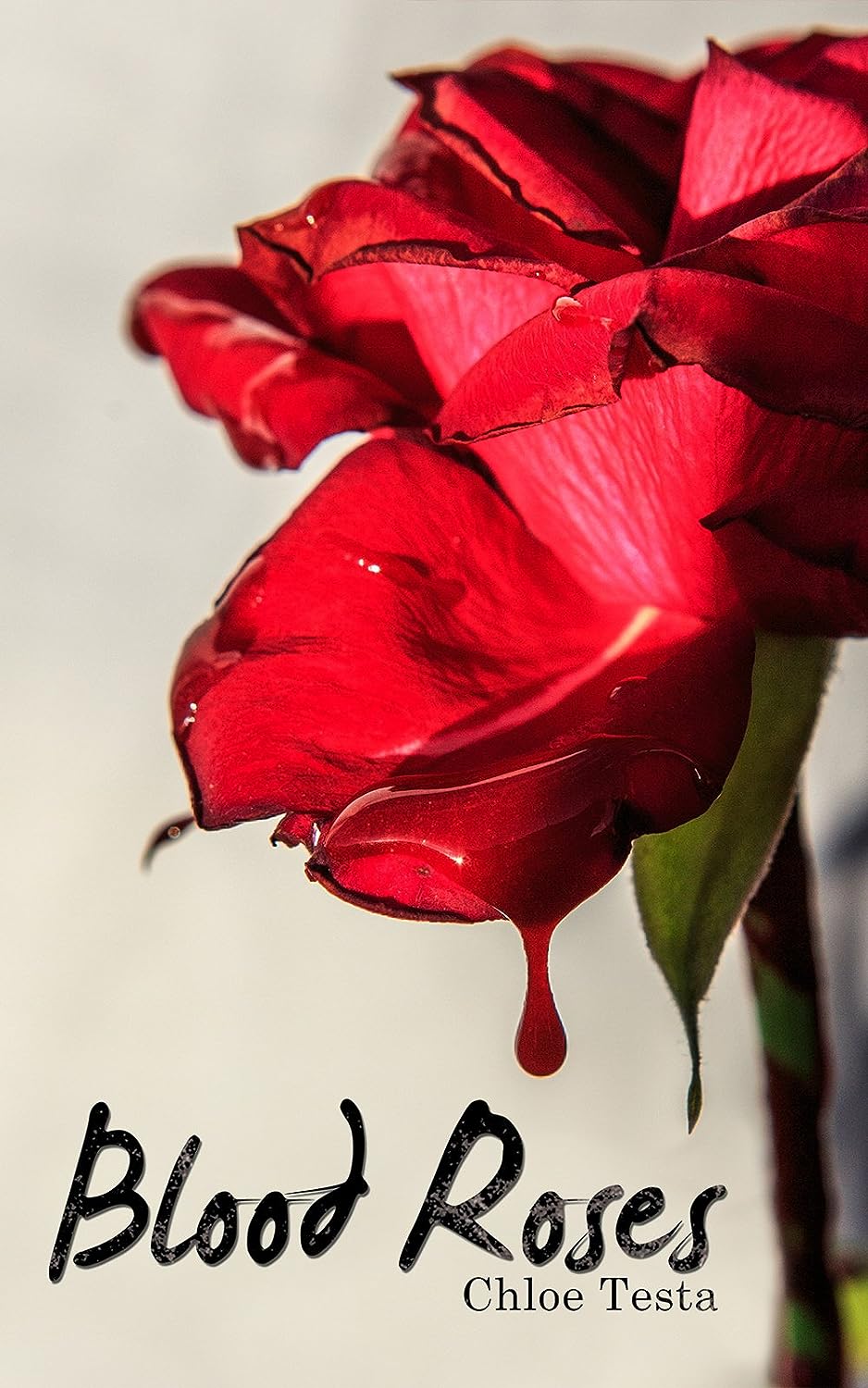 It started with a rose and the girl nobody else can see.

Her eyes follow Tom wherever he goes. Watching. Waiting. She surrounds him. She haunts him. Like poison, she infects everything around him, choking and suffocating until all he can see is her, all that exists is her. So…why can’t anybody else see her? Even when she’s standing right in front of them?

Reality turns against Tom as he clings to the shreds of his sanity, knowing she’s real. She has to be. He isn’t…crazy. But the more he tries to convince himself and those around him of this, the further away from truth he seems to be.
As the battle between the unseen girl and the voice of reason unravels before him, he must fight to ignore the taunting voices clawing at the back of his mind, whispering in agreement with those around him that he is rapidly falling into madness.

Who do you trust when your own mind rebels against you?

What Inspired You to Write Your Book?
It started out really simply with this idea of imaginary friends. My friend told me about her childhood imaginary friend and he sounded really ominous and creepy to me. At the time she tried so hard to convince her family he was real, as kids do, saying he watched over her in her sleep and he scared her and so on. I scare easily so I started to think ‘what if it was a ghost? Or it was someone really there?’ and from there the idea really took off as I imagined that fear of trying to tell everyone something was real when they simply wouldn’t believe you. As a child, it’s one thing, you’re expected to have imaginary friends, but as you get older, it becomes something else entirely, and people start looking for explanations surrounding mental illness, chemical imbalances and so on. Though it started out as a simple musing, it was an idea that wouldn’t leave me alone, so I knew I had to write it down.

How Did You Come up With Your Characters?
They were inspired by three close friends of mine who reacted in similar ways to my characters when I initially talked to them about the idea in the book (speculatively, without mentioning I wanted to write about it) – one was logical, one was emotional and one was sarcastic. These qualities became the basis for characters which really formed themselves in my head. I wanted characters that had their own personality but that were also quite easily molded within the reader’s imagination to who they could relate to most so I’ve avoided too much physical description and focused on mental and emotional descriptions instead to form my characters. My main character is based on the idea of ‘average Joe’ because the thought was always about how something like this would affect anyone in this day and age, struggling not only with being a teenager but now with something completely incomprehensible.

About the Author:
I am a British Maltese author, born in October 1990 on the beautiful Mediterranean island, Malta, growing up in the small, seaside town of Bugibba with my mother, grandmother and two arrogant cats. In 2009, I left Malta for Gloucestershire University (about 40 minutes from Birmingham, UK) where I earned an English Literature and English Language Degree – despite many people questioning why I would ever leave such a beautiful country. My course gave her the opportunity to work in California at a summer camp and, along with being eaten by every mosquito in Mendocino, it was here I began to consider her next career move. As a graduate, I moved to Brighton, UK and, after a tough but rewarding year long example of the highs and lows of classroom life, gained a Postgraduate Certificate in Education (PGCE).

I now live in Surrey, dividing my time between writing novels and teaching English with almost no time to sleep in between the two. I am a lover of great books, good company and bad puns. i also run writer’s workshops on my website targeted at helping others improve their writing skills through exercises, tips, tricks and techniques, as well as talking about my experiences with publishing and offering guidance through this.