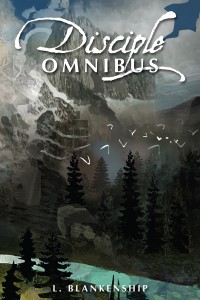 Targeted Age Group:: 16+ Category: Fantasy Print book price range: 28.00 eBook price range: 9.99 About Disciple Omnibus: War is coming. Kate Carpenter is only a peasant girl, but she’s determined to help defend the kingdom and its bound saints against the invading empire. Her healing magic earned her a coveted apprenticeship with the master healer; now she must prove herself ready to stand in the front lines and save lives. She’s not ready for the attentions of a ne’er-do-well knight … END_OF_DOCUMENT_TOKEN_TO_BE_REPLACED 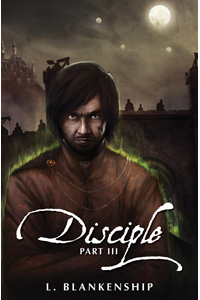 Kate fought for her place as a healer in the war’s front lines. Serving her homeland has been her goal since her magical gifts earned her a coveted apprenticeship with the kingdom’s greatest healer. She believes she’s prepared. But nothing’s simple when defending a besieged capital city — or her heart. She loves the prince, who means to protect her even though his duties as a knight keep him on the battlements, fighting the enemy’s monstrous army. Kate’s husband is the one who checks on … END_OF_DOCUMENT_TOKEN_TO_BE_REPLACED