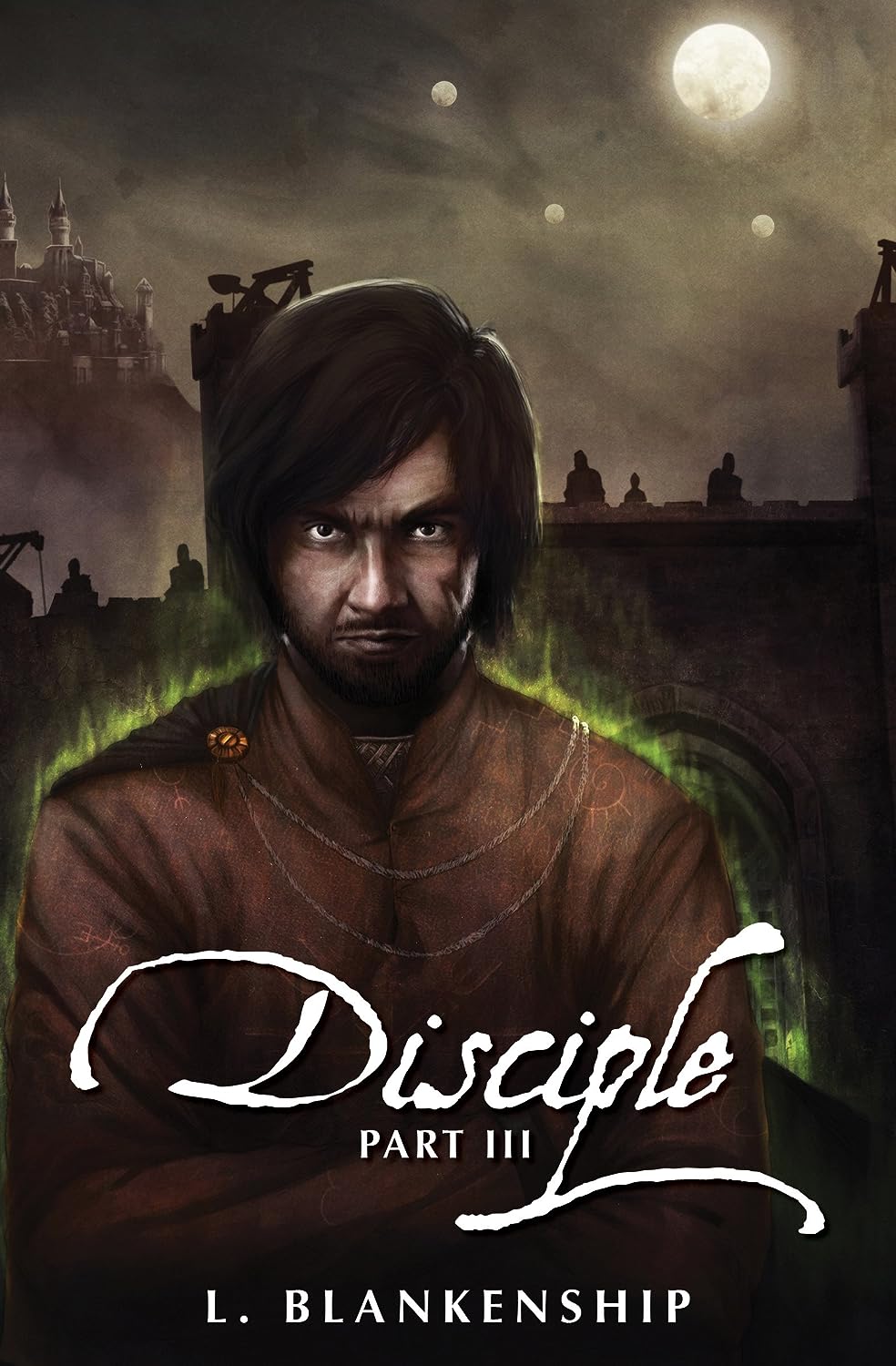 Kate fought for her place as a healer in the war’s front lines. Serving her homeland has been her goal since her magical gifts earned her a coveted apprenticeship with the kingdom’s greatest healer. She believes she’s prepared.

But nothing’s simple when defending a besieged capital city — or her heart.

She loves the prince, who means to protect her even though his duties as a knight keep him on the battlements, fighting the enemy’s monstrous army.

Kate’s husband is the one who checks on her, lingers over dinner, and slowly but surely charms her. She’s all too aware that her beloved prince threatened to kill him if he touches her.

As the enemy thunders against the city walls, the kingdom needs more from Kate than just her healing magic. All disciples must put aside their tangled feelings and stand in the homeland’s defense.

Kate believed she’s ready for a war. She isn’t.

What Inspired You to Write Your Book?
I don’t write from inspiration, I write because I need to.

How Did You Come up With Your Characters?
It’s not so much that I “came up with them”, it’s that I got to know them in the process of writing DISICPLE.

Book Sample
(Even though the city is preparing for a siege, Kate and Sir Anders manage to find time to eat dinner together and the community potluck.)

We ate in silence for a stretch, working through potatoes, roasted spring onions, and pastries filled with egg and cheese. The Order’s kitchen offered only herbal teas, now, as they’d run out of small beer.

Our arms brushed, now and then, and we traded a snippet of smile back and forth. Easy and simple, two friends sharing a meal. It left me warm.

Anders broke the quiet as his trencher neared bare. “The Guard in my squad have been asking, since it’s more than odd now — why I’ve no token on my helm.” He paused, risked a glance at me. “I said I didn’t need one, I was only tending the stable. Not riding escort.”

He left it there. “But now you are,” I said. He’d never worn a lady’s token, so I wasn’t sure why he brought it up now.

“It needn’t be anything special — any kerchief would do.”

He wanted —? My token. His wife, and a lady. Neither title would jump to my mind easily, still. I breathed a chuckle without meaning to. “One of mine? I never wear a kerchief.”

I still wrapped my braid in a bun, most days, but sometimes I gathered it up in the crespine that Frida had given me. The close weight of it on my neck, and the band across my head, still felt odd.

“If it’s a physician’s favor, a bandage would be fitting,” he said, and smiled with a twist. “Should I need one, it would be quite convenient.”

I couldn’t help smiling at that. But our supply of bandages was already walking out of the hospital on wounded men, and rarely returning. “Surely you could buy me a kerchief that would do.”

Anders’ smile dropped away. My heart dropped with it. He shifted back, then turned to what was left on his trencher. I barely caught his mutter, even so close to him. “If you don’t wish me luck, then best to do without.”

“Why wouldn’t I —” I’d stepped in something, that was clear. “Of course I wish you luck. Not that you need it, but if you think my wishes will help…” That wasn’t what he wanted to hear, though. He didn’t look up until I touched his arm. Such blue eyes, and so quick to retreat from me. “Mother gave me a wimple, but it draws so much attention to wear one outside Engl Street. It’s a nice, light green and it’ll look fine on your helm.”

He pressed his mouth in a line, then asked, “Have you worn it?”

I’d hardly unfolded it. “Must I have?”

“Anders —” An edge of pleading wormed into my voice. I wanted a chance to mend my mis-step.

But he wouldn’t look back.

About the Author:
L. Blankenship started writing animal stories as a kid and it’s just gotten completely out of hand since then. Now she’s out publishing her gritty fantasy and hard science fiction adventures. L grew up in New Hampshire but currently lives near Washington, DC.