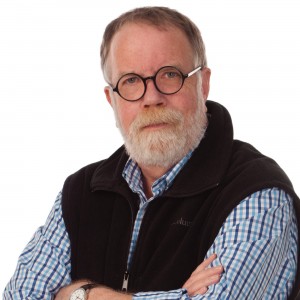 Author Bio:
Steven Hicks came to Mississippi in 1974 and spent the next quarter century writing for various advertising agencies, including his own. He wrote commercials and print ads about hot dogs and other baloney, used cars, barbecue shacks, sunscreen, banks galore, white bread, undertakers, churches, casinos, turkey calls, finger-lickin’ chicken and symphony orchestras. Some of the work was thoughtful. Some was funny. Most was neither.

During that period of time, he earned the enmity of his competitors and peers by being named Mississippi’s top copywriter nine times, winning six certificates of excellence in the International CLIO Awards, over 150 ADDY Awards, Radio Mercury honors and being included in Who’s Who in American Advertising.

A major portion of his advertising and marketing income came through his work as a political consultant, engineering the media and messaging efforts for more than six dozen campaigns, culminating with the POLLIE Award for best statewide/national commercial from the American Association of Political Consultants in 1989.

While the embarrassing abundance of honors mean next to nothing to Hicks, the education he got through the process meant everything. He learned how to write what people like. He learned to write with economy and clarity, because consumers won’t buy things from long-winded peddlers of perplexity. He learned when words have to be polished and when they’re best left plain.

Through it all, people kept telling Hicks he should write books and he kept saying, “Maybe one day,” until the day came when a near-fatal stroke in 1997 forced him into an eyeball-to-eyeball confrontation with his own mortality, and he realized he wanted to be remembered for something more consequential than gimmicky commercials.

There was only one hitch. The stroke had taken away his ability to read.

For the next thirteen months, Hicks stubbornly stared at newspaper letters until he could form words, read sentences, then paragraphs, and finally had the ability to once again read novels, albeit at a far slower pace and with cognitive problems enhanced by lingering reading difficulties stemming from alexia, an aphasia problem caused by brain lesions.

It made the headstrong Hicks more determined than ever to take a shot at those novels people had been encouraging him to write for years.

Ten years and eleven revisions later came his debut novel, The Gleaner, a trans-racial romance set in a sleepy Mississippi whistle-stop. In a competition of 5,000 entries, The Gleaner was named a quarter-finalist in Amazon.com’s prestigious “Breakthrough Novel” competition. Upon its heels came two comic novels in 2009, The Fall of Adam, a satire of Deep South advertising, and Horizontal Adjustment, a farce about sexual escapades among competitors for a news anchor position in a tank town television station along the Florida Panhandle.

Deciding to take a breather from novels, Hicks started publishing New Orleans restaurant guidebooks on an annual basis in 2011, all of which have become mainstays on Amazon.com’s list of the 100 top-selling books about world dining.

In May of 2014, Hicks published his fourth novel, Destiny’s Anvil, which marked a stark departure from the breezy style of his earlier works.

“The final product is the polar opposite of the novel’s original intent. It is dark, violent bordering on savage, as it strips away the veneers of not only politicians, but the entire American political system. At the same time, it moves with the furious pace of a thriller overflowing with cliffhangers,” says Hicks.

Steven Wells Hicks currently resides in Jackson, Mississippi, but is in the process of moving to New Orleans.

What inspires you to write?
I’ve never thought of myself as being “inspired” to write. For years, I worked as an advertising copywriter and I had to learn to “write on demand” for clients with hard deadlines. My choice to move from advertising to novels evolved out of an emerging discontent with writing about hot dogs, salt licks for cattle, political promises and fast food joints. I wanted to tell stories about people who see themselves as unexceptional being buffeted by extraordinary challenges, particular emotional ones. After years of cranking out puffery about banal products, the appeal of exploring Shakespearian characters and operatic themes became, quite frankly, irresistible.

Tell us about your writing process.
I flunked out of a liberal arts college in central Iowa and went to work writing for money, so I’m probably not the person to ask about the writing process. To tell you the truth, I’ve never given it a lot of thought, but I will tell you what seems to work for me. I don’t write from an outline. I start with a central idea. From the outset, I knew “Destiny’s Anvil” was going to be a tale of mutual revenge, and I know that revenge is an evil motive that foments like cancer.

Once I had the conceptual spark, I wrote slowly enough to allow the principal characters to develop lives and motives of their own. They didn’t need a cosmic hand manipulating them, but rather an accurate stenographer who would listen and transcribe their travails as they developed. Essentially, my job was to stay out of my characters’ ways and let them organically develop, knowing that if I did, the plot would develop as well.

What advice would you give other writers?
Pay attention to your surroundings. Slap down your first draft without fear or any regard for common sense. Stay out of your own way when you’re rewriting and understand that, try as you might, you’ll never have the elbow grease to apply enough polish.

How did you decide how to publish your books?
I tried the agent route, because I know it’s the only way to crack the six mega-companies who control the publishing industry. I fired my first agent because she wanted to turn my first novel into formulaic romance. My second agent dropped me after a couple of near-misses with the Big Six and truthfully told me that dealing with smaller houses meant four times the work and one-fourth the money for her. I appreciated her honesty, no matter how much it hurt at the time.

I chose to self-publish through CreateSpace, because it was a print-on-demand house that was tied into Amazon. That meant no buying an inventory and an immediate tie-in with the world’s largest publisher. Since financial success was a secondary consideration for me, it made sense in my case. While I haven’t totally given up on the idea of once again pursuing the traditional agent-to-publisher approach, I feel my time is better spent trying to write good books than trying to sell them.

Everyone should take a shot at the big time. It’s the American Way. But when you can’t hit a home run, there’s nothing shameful about hitting singles. It beats having a manuscript gathering dust on a closet shelf.

What do you think about the future of book publishing?
Despite all the dire prediction of the death of print, I don’t think it’s going to happen. In the future, a printed book, particularly a hardcover, will be like an album released on vinyl. It will cost more and will most likely be purchased by a connoisseur/collector instead of the everyday consumer. Electronic publishing will continue to become a more important part of the mass industry and it needs to be respected as such, but traditional books aren’t going away; there will just be fewer of them.

What genres do you write?
fiction, thriller, politics