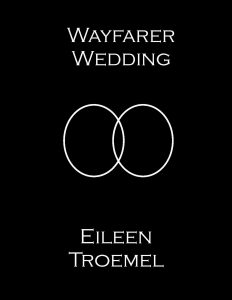 The big day is fast approaching. Adara should have enough to do with just the wedding but instead, she is dealing with nearly her entire family going on a secret mission to collect information on a hostile race, Decker’s mother making demands, and a new case involving a humans only colony.

What Inspired You to Write Your Book?
The ongoing story always drags me back in but I didn’t want a typical wedding experience. Adara and Penny still don’t get along which is a bit of cliche but to offset this one cliche, I sent the Cloch clan on a dangerous mission. Wedding issues seem just a little trivial if your family is facing death.

How Did You Come up With Your Characters?
The relationship between Penny and Adara is one of the focuses. Why is Penny so opposed to the wedding and Adara? In this book, Adara is taking on more of the clan leader role as she faces down Admiral Chesnik when it comes to an assignment putting her family at risk. How does a Lieutenant Commander tell an Admiral no?

Book Sample
“This is going to be interesting to get through all this debris,” Lisa said. The scraping noise along the side of the shuttle made them both cringe. “The mechanics won’t be happy about it.”
“Glad it was you and not me,” Adara grinned.
“Yeah, thanks. Jacobs is grumpy when you ding up the shuttles. You’d think they were his personal property,” Lisa grumbled.
“That’s a mechanic for you,” Adara said.
“Got it,” Lisa said. “Good luck.”
Adara went to the hatch and climbed through. She opened the hatch to the Zephyr, closing it behind her so Lisa could take off. The pilot lay unconscious sprawled across the controls. Gently she pulled her back into her seat. The woman moaned softly. She switched controls to the co-pilot’s seat. Adara took the co-pilot’s seat and hummed her appreciation of the chair. Hitting the com, she contacted the Pritchard. “Stone to the Pritchard,” she called.
“Go ahead, Stone,” Hal said.
“I’m in the Zephyr,” Adara reported as she started maneuvering the ship. “The pilot is alive and unconscious. I’m going to try wiggling loose from the scout.”
Adara looked up at her screen. “Dammit,” she muttered. She reversed away from the Scout at speed.
“What’s wrong,” Hal asked.
“The Scout’s going to blow,” she muttered trying to wiggle the Zephyr away. “You better recall Sorenson to the ship, sir and move the Pritchard away from the two ships.”
“Negative. We’ll send Sorenson in to pick you up,” Decker said.
“There’s no time. I just need to get loose and I’ll be fine,” Adara said. She wiggled the controls again and felt the Zephyr pull loose. “Yes. That’s a good girl.”
She backed away from the Scout but not quick enough to avoid the energy wave from the explosion. The Zephyr tumbled, throwing Adara against the side of the ship. She cut her head on the fancy wall mount. The electrical in the Zephyr took a beating from the energy wave. Adara struggled to control the ship. “I’ve lost nav control,” Adara reported. “I think you’re going to have to use the mag beam.”
“Are you all right,” Decker asked.
“Banged up a bit,” she said. “The pilot didn’t sustain any additional injury.”
“We’ve got you,” Hal said. “Gotta be pretty embarrassing for a Wayfarer to ask for a tow though.”
“I’ll take the tow,” Adara laughed. “I’m not the one who crashed this baby. Someone should tell the designer about sharp edges and how they don’t work well when you take an energy wave.”
“Are you injured,” Decker asked concern made his voice low.
“Minor cut to my temple,” Adara said.
“Two minutes,” Hal said. “Decker’s gone to shuttle bay.”
“It’s minor,” Adara sighed. “Really it’s no worse than a scratch.”
“Yeah well you know how he is,” Hal said. “He doesn’t like to see your blood.”