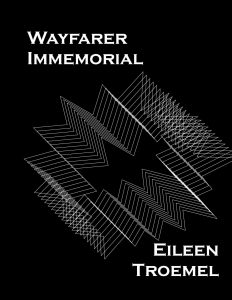 Clan leader, pilot of the Pritchard, hero of the Aegis, Lieutenant Adara Stone is overwhelmed as her roles increase and her responsibilities expand. Adara and Decker are back with their crew, and her family as Adara stumbles through being the leader of a clan as well as a pilot on the Pritchard. The memorial for the Aegis looms along with more threats from the Barions.

What Inspired You to Write Your Book?
These characters and the setting draw me in. I knew at the end of Wayfarer Clans I would need to go back and finish the story with the Barions. Too many people grieved and there needed to be closure from the Aegis, so I started to think more about how and who from the Barions would continue the debt. In this one, I wanted Decker to have more of a role.

How Did You Come up With Your Characters?
I wanted to show the good and bad in a race. So the Barions have characters on both sides of the spectrum. They are the bad guys in this book but there are those in here who are only following orders. They don’t necessarily agree with the orders but can’t speak out against them. Janet and Hal become a couple. I wanted more depth in my cast of characters. Hal is the womanizer who is almost always comic relief. Janet is the serious doctor. The two come together in this book. I also started to show the other clans more in this book. I brought in new members for the Cloch clan giving a hint of the upcoming cast.

Book Sample
Hal waited in the shuttle bay for the two shuttles to land. As soon as he could safely step into the shuttle bay he went immediately to Shuttle 822. The door opened and medical people filed out with patients and science personnel. He watched for Janet, she wasn’t coming out. Was something wrong?
A woman bumped into him, he didn’t notice her. She walked a few steps and turned back. “Hal,” she said with a sultry sexy voice. “Hal Beltzon, is that you?”
Hal scowled and turned to see Ainsley Haversham with her curvy body and long black hair sway her way back to him. Her hips moved in a seductive and sassy way when she walked. She wrapped her arms around him and pulled him in for a kiss, which he evaded. He tried to disengage her arms from around his neck. She rubbed her body against him, “Hal, it’s been too long. Do you remember the weekend we had together?”
Hal looked over her shoulder to see Janet step out of the shuttle. She looked up to see a beautiful and sexy woman wrapped around Hal. Hurt jabbed through her like a javelin. She turned to one of the patients to hide her pain.
“Ainsley,” Hal said, pushing her away from him. “I’m attached now.”
“You can attach to me anytime you like, Hal,” Ainsley propositioned him.
“Honey, he means he’s seeing someone,” Sorenson said as she came out. She had bruises on her neck and a black eye from the Barion.
“Are you all right, lieutenant?” He asked.
“Yes, sir,” she said. “I’d like Lena to give me some self-defense lessons so I can pop the Barion in the nose like Adara did,” Lisa requested.
Hal smiled, his eyes searched for Janet. She wasn’t in the shuttle bay. “Excuse me, Ainsley. I have to check on our personnel. Lieutenant, come with me. You need to have those injuries attended to,” he ordered.
“Yes, sir,” Lisa said.
They walked out of the shuttle bay together. As soon as the other woman was out of earshot, Hal asked, “How is she?”
“I think it’s minor, Commander,” Lisa said.
“But she was bleeding,” Hal said.
“It was a minor gash on the back of her head,” Lisa said.
“Okay. Okay,” he said. Some of his panic eased but he wanted a minute to have her in his arms. He had to make sure she was all right.
“Are you all right, commander?” Lisa asked, “You look a little pale.”
“We were too far away,” Hal said. “I kept seeing what they did to Adara and thinking you and Janet. Thinking Janet was …” He had to stop. His breath came in short gasps. He couldn’t continue. “She’s such a gentle soul.”
Lisa took pity on him, “She’s fine, sir. She probably has a headache but not much more than that.”
They arrived at a bustling med bay. Hal searched the room for Janet but couldn’t find her. He asked one of the nurses, “Where’s Doc SC?”
“She’s taking care of one of the injured in the private exam room,” the nurse said. “She’ll probably be a while.”
“Lieutenant Sorenson needs her injuries looked after,” Hal said numbly. He’d seen the pain on Janet’s face and knew it was because another woman had been in his arms. He only wanted her. When he thought of Ainsley, he couldn’t remember the weekend they had. He had no desire to be with her at all. He just wanted Janet.
“We’ll get her taken care of,” the nurse said leading Lisa off to one of the beds.
Hal waited, paced and waited but Janet didn’t come out. He thought about bursting into the room to check on her but if she was already upset with him it would not help. He paced back and forth until one of the nurses told him they would contact him with a list of injuries.
He stopped pacing and waited. Lisa came away from the table with an ice pack for her eye. She patted him on the shoulder and said, “Maybe you should come back when things are quieter.”
“Is that what you’d do if it was Jack,” he asked.
“No,” she admitted.
“Go get some rest,” he said. She patted him again.
He waited and stood in the corner of the room. Every minute felt an eternity. With every passing minute, he knew he was losing her.
The door to the private exam room opened. Janet stepped out, she knew he was there. She always knew when he was there. She wanted to make things clear, “Hal, I don’t have time for this now.”
“I want to make sure you’re all right,” he said. He reached to take her arm, draw her to him but she stepped back.
“I’m sure you can find some entertainment elsewhere,” she whispered harshly.
“Ainsley was years ago,” Hal said. “I’ve had nothing to do with her and want nothing to do with her.”
“I’ve got work. You do as well,” Janet said. “I don’t want to talk about this now.”
“What are your injuries,” he said matter-of-fact.
She considered walking away but as commander he would need to report it to the captain. “I’ve got a minor contusion on the back of my head. I’m fit for work. I have to get to work now.”
“Thank you, doctor,” he said stiffly. She walked away. He watched until she turned the corner.