You are here: Home / Fiction / Paranormal / Warrior of the Moon by Garnet Hart 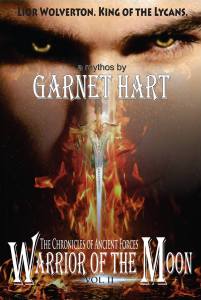 What Inspired You to Write Your Book?
I love reading paranormal novels, especially those novels written by Sherrilyn Kenyon, JR Ward, Krestley Cole, etc. So I decided to write my own story based on Norse Mythology. I find Norse Mythology more interesting although it’s more difficult to understand.

How Did You Come up With Your Characters?
Vampires, werewolves, and demons have become very popular as characters in many paranormal romance novels so I’ve decided to incorporate them in my book as well. My characters were influenced by different books, movies, and games. I’d like to mention Anne Rice books and Valkyrie Profile games.

At present, she is studying Law. Although she struggles with piles of books and cases to read everyday, she still finds time to write every opportunity she gets.
Her hobbies include baking pastries and mixing fragrances.