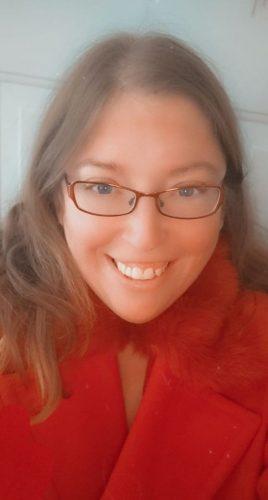 About Michelle Bradshaw: I am a mom to an amazing, comical, dancing, baseball-playing, wanna-be superhero. He inspires so much of my writing. I also have some furbabies. I am currently in school to finish my teaching degree. I have written two children’s books and one young adult novel so far. I also have a few series on Kindle Vella. What inspires you to write? My young adult novel was inspired by a dream I had. My two children's books were inspired by my wonderful son. What … END_OF_DOCUMENT_TOKEN_TO_BE_REPLACED Amelia is truly not your average girl and neither is her story. Abandoned by her mother at a young age and raised by an overly-protective grandmother, Matilda, Amelia is confined to the grounds of her childhood home, Stoney Manor. Amelia meets Matthew Fairchild, the new boy in town, and quickly becomes infatuated with him. Soon Amelia discovers things aren’t always what they seem in the little town of Cave Spring, Ga. On her 16th birthday, life as she knows it changes. Her grandmother … END_OF_DOCUMENT_TOKEN_TO_BE_REPLACED About the Book Ito may call Katya his umnyashka, but this clever telepath has made a catastrophic mistake. When Sergei assassinated their captors, Katya rejected Sergei’s offer of freedom for Ito’s promise of love as he worked his way up to mob boss. Fifteen years later, Katya has traded her metal cage for an endless string of hotel rooms with no hope of escape until Sergei steps into her life with a second chance. Sergei thought he could forgive himself for his crimes as a teen cage fighter … END_OF_DOCUMENT_TOKEN_TO_BE_REPLACED I lost my father in the last attack against the dragon shifters. Now the Academy Council wants me to go undercover to live amongst murderers in the hope that if I can kill their King it will bring peace. Then, I meet my teacher, Billy. Harder to fool. Harder to stay away from. If he discovers my secret identity, I’m dead! Targeted Age Group:: Females 20-40 What Inspired You to Write Your Book? I have always liked to write about forbidden love and what better to use dragon shifters! … END_OF_DOCUMENT_TOKEN_TO_BE_REPLACED He struck a devil’s bargain to save his people. Now he must risk more to save his love. In exchange for his people’s safe passage into Tir na nÓg, Kailen pledged his sword to the Titanians to defeat the daemon horde. Centuries later, the grief of his losses heavy, Kailen has sworn that while his body is open to carnal pleasures, his heart is closed to love. Even when it comes to a Druid-trained healer of mysterious origins who serves in the house of Soren, the greatest Titanian warrior. … END_OF_DOCUMENT_TOKEN_TO_BE_REPLACED Ember Ngata only wants two things out of life: to be reunited with her sisters, and to see people return to her café. Catering to people she never sees again, she experiences a loneliness that can’t be filled. As one of the last Whakamanu—a descendant of the Maori bird-god Tane—she holds on to the secrets of her decimated tribe. Family first. TV personality and host of the popular show Back Road Eats, Austin Garten needs more in his life than Breadbasket America grilling. He’s tired of the safe … END_OF_DOCUMENT_TOKEN_TO_BE_REPLACED Two vampires, one Cinderella. She didn’t lose her shoe—the heel pierced through His heart. Pearl is a bookworm—a good girl. She feels like Cinderella when a billionaire family invites her to a prestigious event where Pearl must pretend to be a noble lady for the night. But the fairy tale takes a dark twist when a stranger poisons her blood and traps her with a hungry vampire. Pearl’s survival turns into a wicked game of love and dominance. Enemies turn lovers, but how can a good girl survive … END_OF_DOCUMENT_TOKEN_TO_BE_REPLACED It’s weird how every woman reacts differently. How each pregnancy differs. Mine is definitely unique. My sense of smell became stronger, picking up the faintest odors, and my stomach was in constant turmoil. Those were the first signs. And then I started eating. And eating. If I don’t, I get a migraine and people’s faces become blurry. Electronics seem to malfunction in my presence. And the nightmares—they don’t stop. Something is changing my body. Something that should have never … END_OF_DOCUMENT_TOKEN_TO_BE_REPLACED 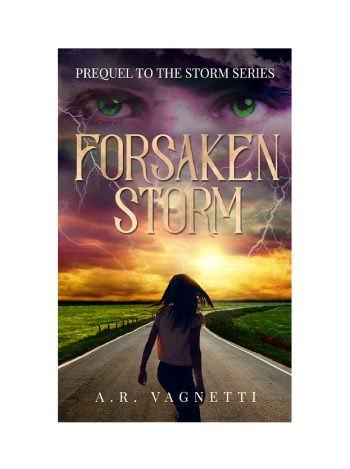 Featured Free Book: Book is free from 10/31/2021 until 12/31/2021 If the dates are the same, book is free one day only. About the Book Dragons, bonded mates, and irreversible decisions. After a car accident left my only parent – my father in the hospital, I was swept away to the Dragon Born Academy by my estranged grandmother. If I had to be there, I’d be an observer of this place with its rituals and superstitions… After all, everyone’s made it clear I don’t belong. But then it … END_OF_DOCUMENT_TOKEN_TO_BE_REPLACED Raised by his Mothers on the principles of the Goddess, but not one to believe, Ambrosia longs for the day when he can free himself of faith completely. Yet all things change when Mona, a family friend he's never met before, offers to grant his wish and take him far away from there. It's only after arriving in the strange new place and leaving his one true home behind, that he is made to open his eyes. Magic, spirits and the astral plane...either it all exists or none of it does. Ambro's choice … END_OF_DOCUMENT_TOKEN_TO_BE_REPLACED Trying to carve a new career for herself at ‘The City Herald’ newspaper, journalist Ana Davenport is tasked with writing trivial article about the local witches who live in the countryside. As she reluctantly takes the job, convinced her career is doomed to failure, she instead finds herself embarking on a thrilling quest with the charming occult historian, Ezra Sullivan. The recent discovery of a mysterious witch box, found at the excavation of an ancient monument and burial ground, launches … END_OF_DOCUMENT_TOKEN_TO_BE_REPLACED