You are here: Home / Fiction / Science Fiction / Too Bright the Sun by Lazlo Ferran @lazlo_F 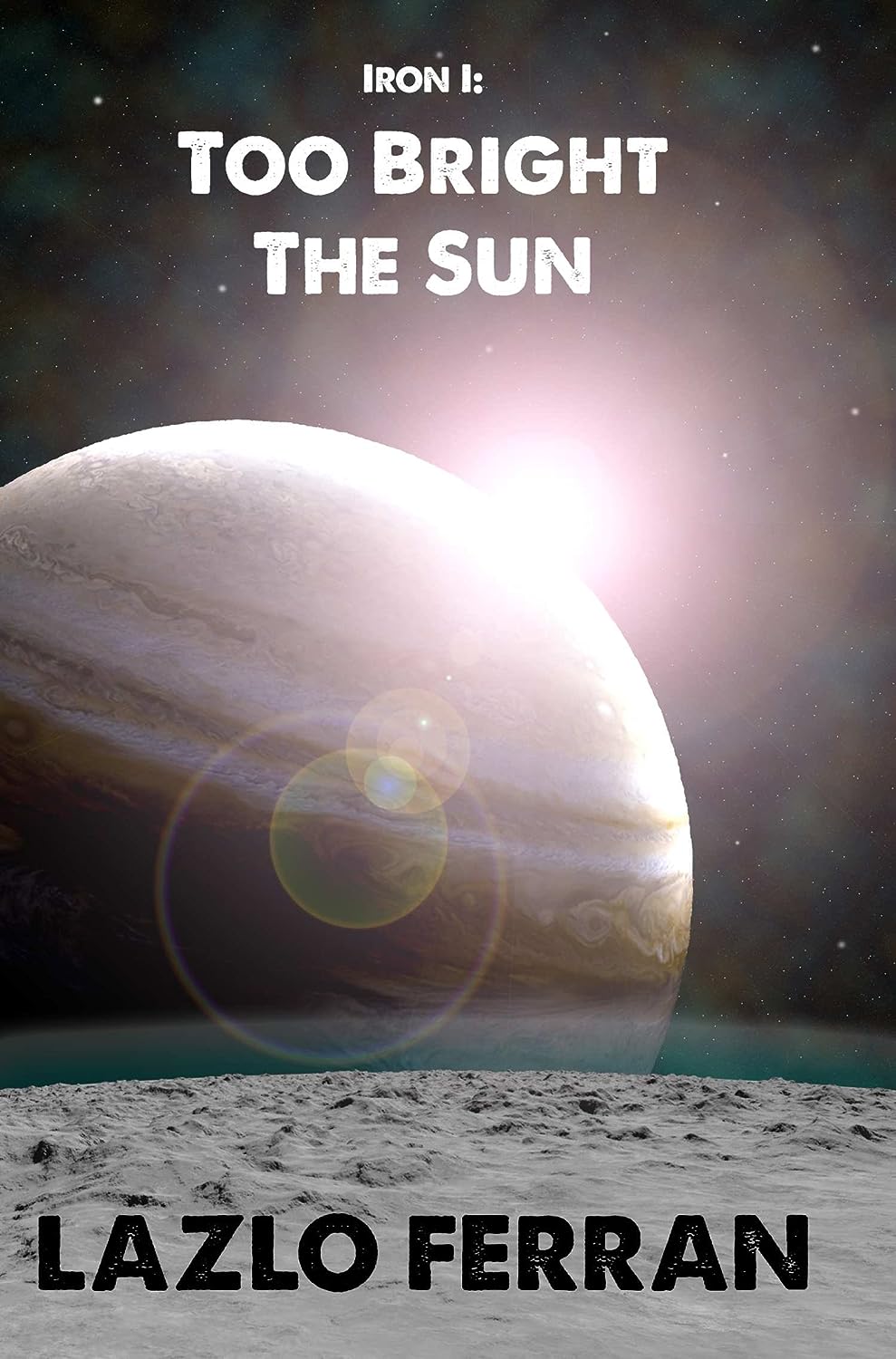 A man afraid of his own soul!

Seeking revenge for the death of a friend ten long years ago, Major Jake Nanden has pursued his own personal demons with an almost religious fervour through life and through battle.

What Inspired You to Write Your Book?
I have always loved sci-fi but at the time I wrote this, I was under a lot of pressure in my day job and going through a dark patch. I have long had a soft-spot for noir films so I decided to write a noir-sci-fi novel. I also love Isaac Asimov, Arthur C Clarke and Phillip K Dick – particularly Blade Runner, all for their quirky stories but deep-rooted scientific authenticity. The result is Too Bright the Sun, which I am very proud of. Ultimately, I think it is a very beautiful story of one replicant struggle for identity and the surprising outcome.
If you love character-driven sci-fi, you will love the twist at the end.

How Did You Come up With Your Characters?
Jake Nanden is a cipher. I don’t know what it would be like to find out you were born in a test-tube and that you had no real parents you could point to. I created somebody who was essentially lost and clinging to the only motive that could hold his life together: revenge for the death of his best friend.

Jena and Katie are the loves in his life.

Jena is a seductive psychologist who was once Jake’s analyst. They are bonded by mind-games.

Katie is a space-pilot in the United States of America and Canada Space Force. She is fun to be with and accepts Jake at face value.
The object of Jake’s quest for revenge is Gary Enquine. He is an enigmatic figure but one who will soon be brought out from the shadows.

Book Sample
When the Sun was almost touching the horizon of Mars, my father said, “Now Jake! Lift up your filter.”

With difficulty, because my fingers were so small, I lifted the outer U.V. filter and gasped. The white disk of the sun almost burned a hole in my head. Its white was so intense it was almost blue and the blue became a corona as my eyes quickly looked up and away from it. The corona gradually faded into a riot of colour that filled the rest of my vision. The purples and oranges were deeper than those in a bowl of the freshest and most tangy grapes and peaches. For a moment I almost lost my balance and felt myself falling forward into a forever-sea of spectral light. We stood on the edge of time – until the Sun had completely disappeared below the horizon and then, eventually, my dad sighed and said, “Let’s go.”

About the Author:
Lazlo Ferran’s extraordinary life has included studying aeronautical engineering; being a dispatch rider, graphic designer, full-time busker, a guitarist and singer (recording two albums); travelling widely, marrying in Kyrgyzstan and a long and successful career within the science industry. He has now left employment in the public sector to concentrate on writing. He has lived and worked in London since 1985 and grew up in the home counties of England.

Brought up as a Buddhist, in recent years he has moved towards an informal Christian belief and has had close contact with Islam and Hinduism. He has a deep and lasting interest in theology and philosophy. His ideas and observations form the core of his novels. Here, evil, good, luck and faith battle for control of the souls who inhabit his worlds.

He has traveled widely, spending some time in Central Asia having various adventures, one of which was getting married in the traditional Kyrgyz way. He keeps very busy writing in his spare time and pursuing his other interests of history, genealogy and history of the movies.