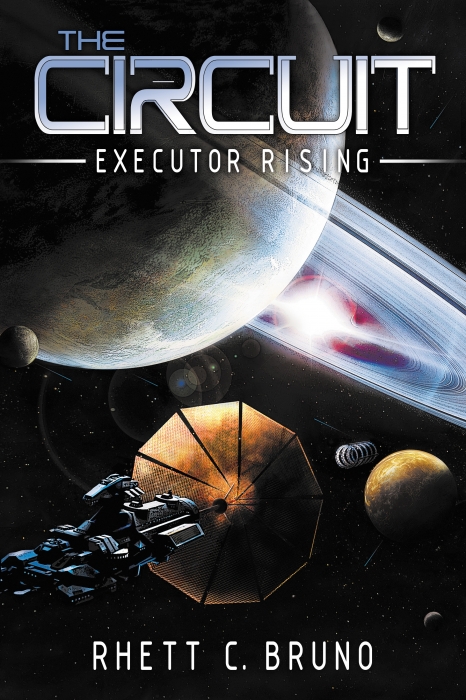 It has been centuries since Earth was rendered a barren, volatile wasteland. With their homeworld left uninhabitable, humanity founded a system of colonies throughout their local solar system. Known as the Kepler Circuit, these settlements are strung together by a network of nonaligned Solar-Ark transports, locked in continuous motion. They have served to provide an influx of resources to every faction ruling over the remnants of humankind, most importantly the newly discovered element Gravitum … END_OF_DOCUMENT_TOKEN_TO_BE_REPLACED

A man afraid of his own soul! Seeking revenge for the death of a friend ten long years ago, Major Jake Nanden has pursued his own personal demons with an almost religious fervour through life and through battle. Targeted Age Group:: 16-65 What Inspired You to Write Your Book? I have always loved sci-fi but at the time I wrote this, I was under a lot of pressure in my day job and going through a dark patch. I have long had a soft-spot for noir films so I decided to write a noir-sci-fi … END_OF_DOCUMENT_TOKEN_TO_BE_REPLACED