You are here: Home / Fiction / Paranormal / The War Inside by M. Kircher @MKircher83 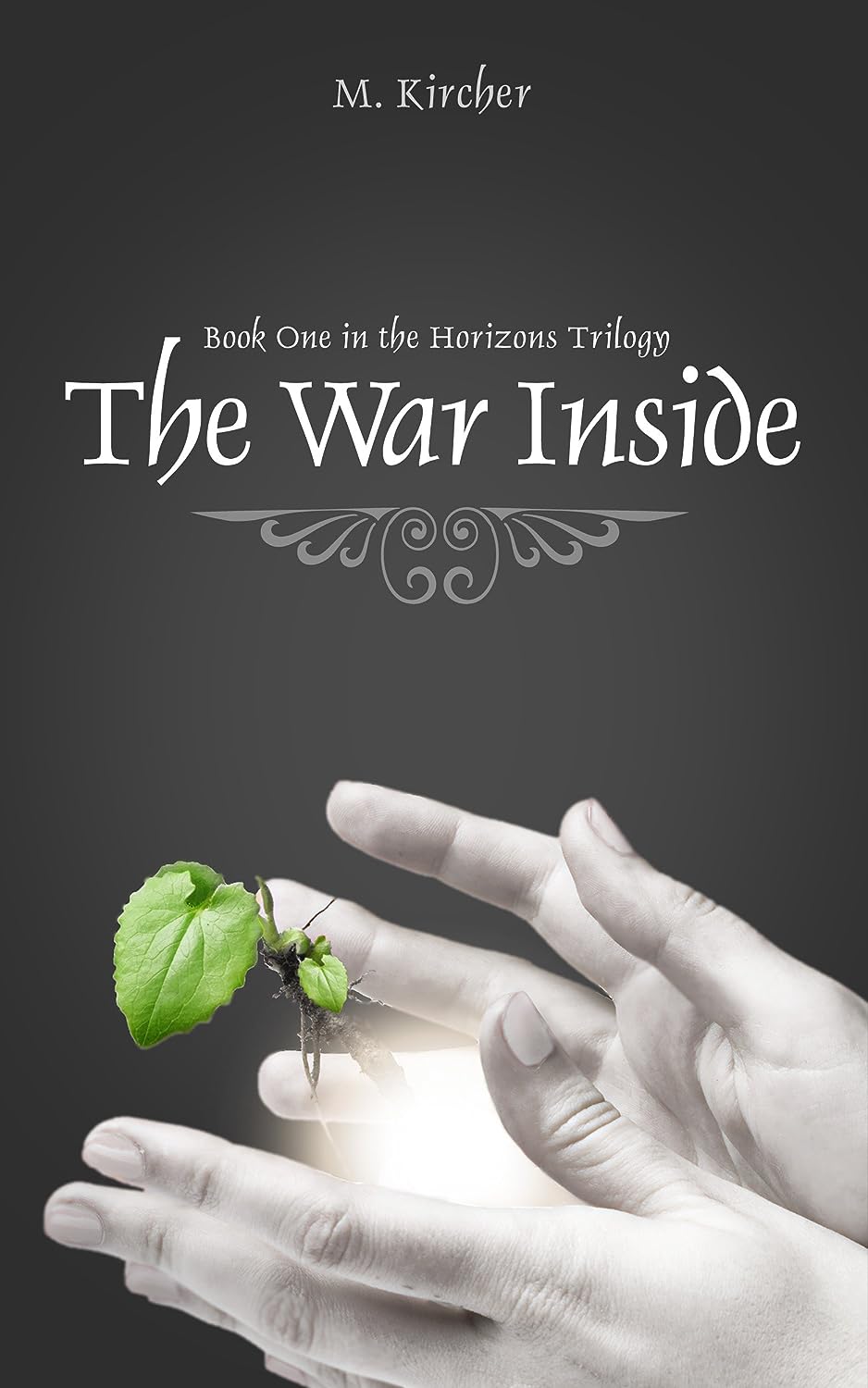 The end of the world is only just the beginning. So eighteen-year-old Thea discovers when her solitary life on a dying Earth is shattered by a mysterious dream, a devastating choice, and a strange gift that propels her on a journey towards the restoration of all mankind.

Thea is bitter and alone; a perfect embodiment of the sunless, cloud-covered Earth she inhabits. A terrifying dream convinces her to save the life of an injured girl, and despite her misgivings, Thea decides to rescue sixteen-year old Viviana. She soon learns that gentle Viv has a life-threatening infection, as well as a freakish patch of glowing skin over her heart. When this light spreads to Thea, she is forced to trust Caden, an arrogant, lazy, and annoyingly handsome boy she despises. Caden has a map to the last city on Earth, and the only place that might have a cure for both Viv’s infection and the strange light on Thea’s hands. As the trio embark on a journey through the barren wilderness, Thea and Caden try to fight their mounting attraction and discover that the light is not a curse, but a powerful gift meant to heal the polluted Earth and reconnect the remnants of humanity. What they don’t know is that deadly shadows watch them, waiting for the chance to make sure that humans stay in the darkness forever.

What Inspired You to Write Your Book?
I love strong females and I love books about not only saving the world, but having the power to transform it. And I’ve also had these quietly gnawing thoughts for a couple of years about technology and the Earth, and the ways that people connect with these two things.

I thought about what the world would look like if society lost their connection to the planet and to each other. And then I tried to challenge myself into imagining how we could put everything back together. I wanted to write a dystopian plotline that had more hope than despair to it and I also wanted to write characters that had zero connectibility (I looked it up and this is actually a word!) until things start to change. And then their humanity and likability would begin to show.

How Did You Come up With Your Characters?
The characters seem to arrive in my head and chat with each other, and then I weave them into the story. I’d like to say that I have control over them, but they really sort of evolve on their own!

“It’s okay, Viv. There’s only one of him and three of us. You don’t have to be afraid.” But by this time, there was no mistaking the fact that the man had spotted the four people staring up at him from the beach. They watched as his head swiveled slowly in their direction.

Viv acted like she didn’t hear Thea’s reassuring words; she just stared at the man in horror. Thea peered at the figure more closely. Even though he was so far away, Thea sensed that something was off. What was it? The man shifted slightly, and the dim light around him changed. With a sinking feeling in the pit of her stomach, Thea realized why she was having feelings of déjà vu.

She had seen this thing before, and human he was most definitely not.

Her heart became a lump of lead inside her chest, and she stood frozen with fear. The man-creature was tall and thin, its limbs strangely elongated and its head twice the size of a normal human. It wore no clothes and had skin as black as night.

This was the creature from her dream.

About the Author:
I believe that stories can change the world. I also believe that teens and young adults have eyes that are open and ears that are awake to the thrumming life hidden deep within great books. I write YA fiction because I’m in love with stories and because I want generations of young people to hold tight to the vastness of their potential–the potential that lies waiting in all of us. The world is ours for the making.

No matter who you are, you have the power to do great things.