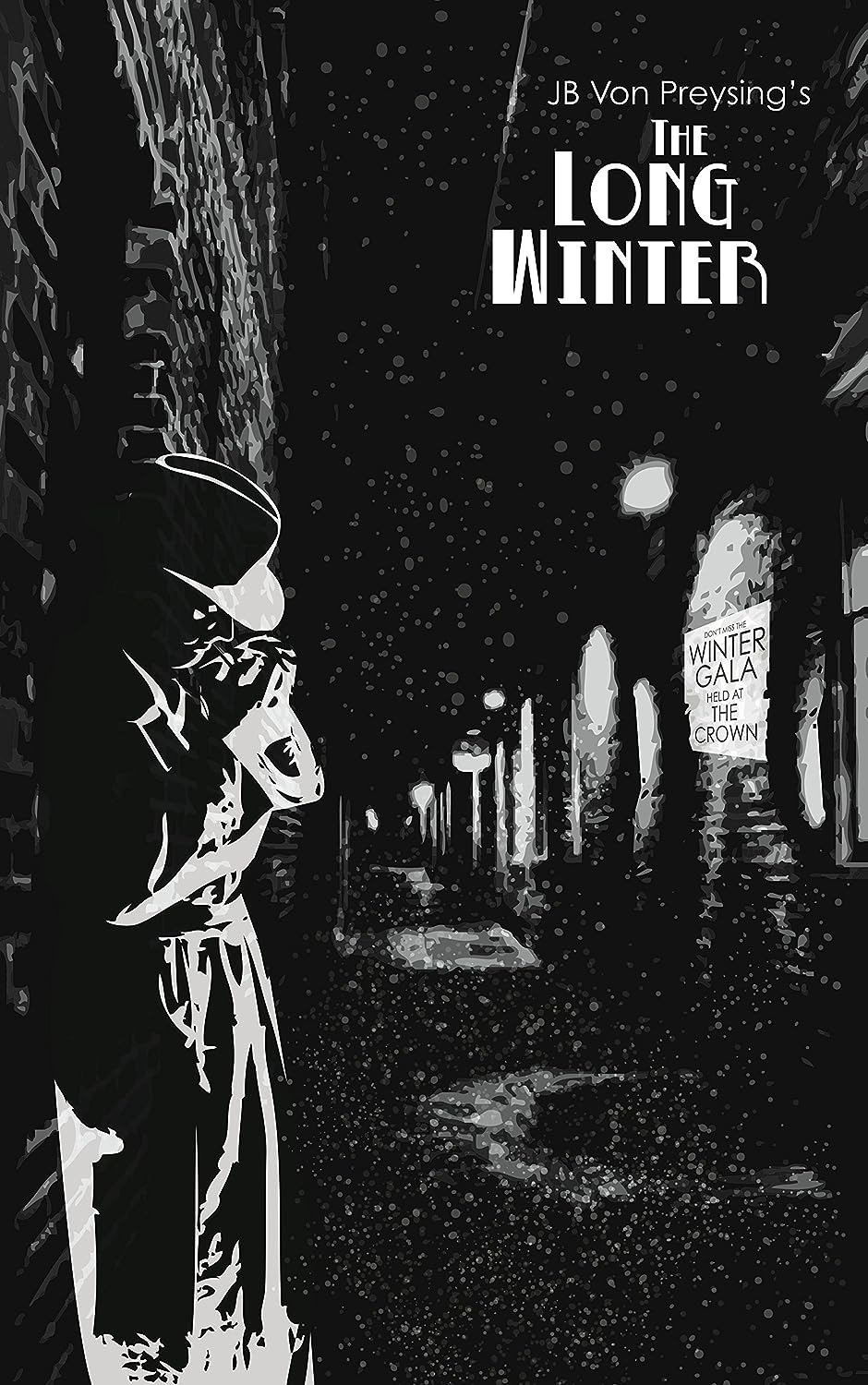 During the winter of 1950, private detective Jim Lloyd finds himself deep in the hole in Capitol City. Money is tight, he’s behind on his bills, and his last job won’t be paying out. He thinks he finally caught a break when a seemingly simple job falls into his lap. All he has to do is find an old friend of his, a gimpy musician named Freddy Adams, and he’ll be rewarded handsomely. Unfortunately for Jim, he’s not the only one looking for his old pal Freddy.

Lloyd tracks Freddy down and tails him to a train station. That’s where things go sideways. A shootout erupts at the station, and a few days later, Freddy turns up dead in the river, riddled with bullets. Jim finds himself neck deep in high society politics, but against his better judgement, he starts poking around about Freddy’s murder.

Lloyd knows he’s out of his depth, and yet, even as he attempts to track down a violent killer during one of the worst snow storms in Capitol City history, he can’t stop himself from trying to figure out the answer to one very simple question: Who killed Freddy Adams, and why?

What Inspired You to Write Your Book?
I’ve always been passionate about the noir genre of film, and the original seed for this story came to me as I walked home from work during a winter storm in Chicago. Initially, I began writing the book as a screenplay, but my editor convinced me to give writing it as a novel.

How Did You Come up With Your Characters?
I thought about the kinds of characters that appear in stories such as these, and then I let them tell me their stories. It sounds like an odd way of putting it, but it’s the truth. Some of the characters ended up having larger parts than I originally anticipated while others whom I thought would be solid secondary players slipped into the background. It was a very organic process.

About the Author:
JB Von Preysing (1984- ) was born in Rockville Centre, NY, the middle child of five. He moved at the age of six to Sao Paulo, Brazil, and by the time he graduated high school, his family had bounced between New York, Virginia and Florida. He went to the University of South Florida for a theater degree, but realized it wasn’t the path he needed to take. Since 2006, he’s lived in Chicago, Portland, Brooklyn, Tampa, and the countrysides of Virginia and Georgia as he developed his skills in the art of storytelling.