You are here: Home / Fiction / Horror / The Living Night by Jack Conner 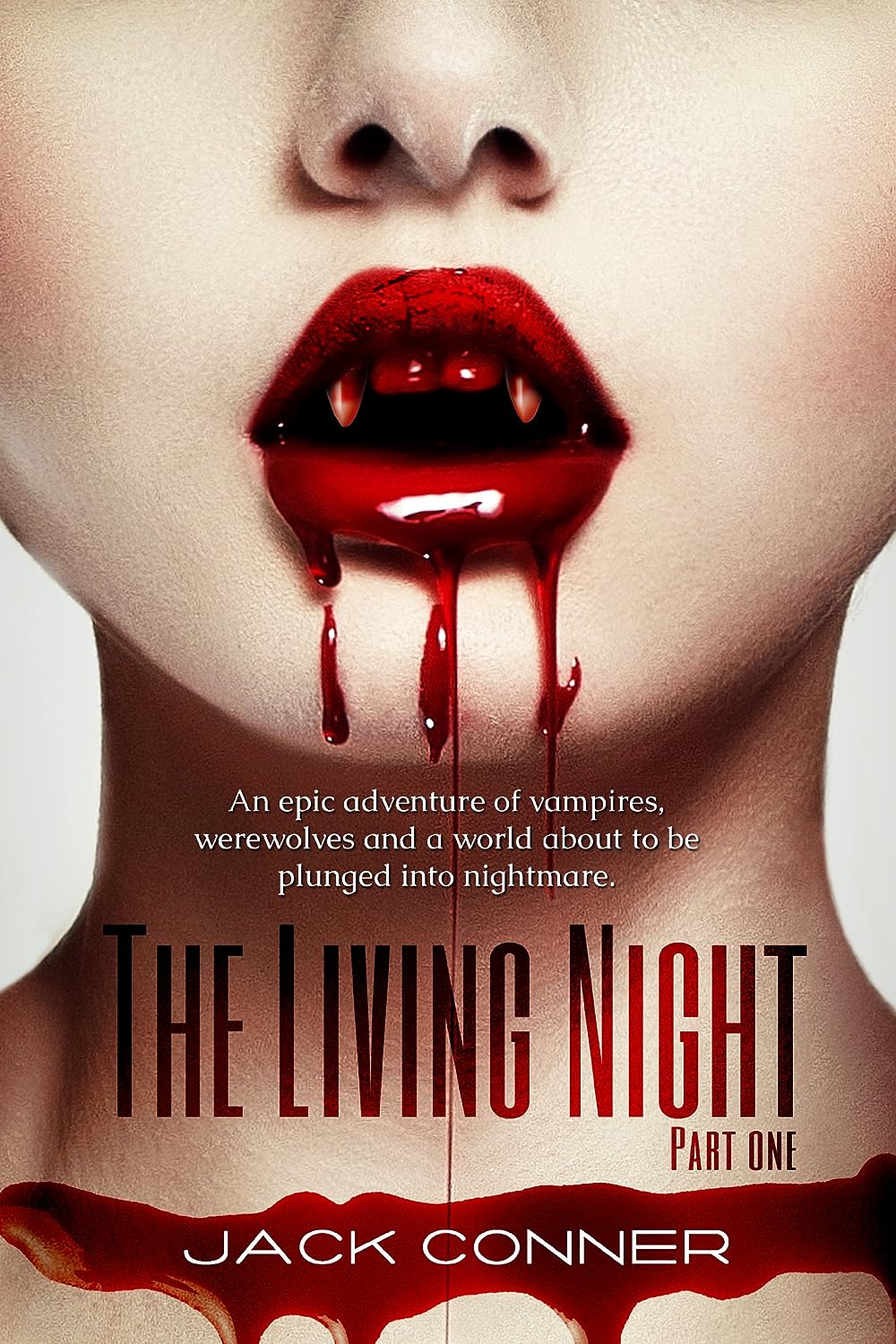 Plunge into grand mystery and adventure in a world of vampires, werewolves and other immortals by bestselling author Jack Conner.

When a powerful figure in the Immortal Community is killed, two vampires, Ruegger and Danielle, are forced to go on the run to find out who ordered the murder and why. The two are notorious throughout the Community for only feeding on humans that deserve it – murderers and rapists – as well as other immortals.

Now, to stop the world from becoming embroiled in a vicious war, Ruegger and Danielle must follow the threads of a strange conspiracy that spans continents and many races, some exotic and particularly deadly.

To find out the truth, Ruegger and Danielle will have to dodge werewolf assassins, zombies, and two especially nasty Jamaican voodoo gods.

What Inspired You to Write Your Book?
For “The Living Night”, I principally drew inspiration from the works of Clive Barker and Anne Rice, thought “Night” is a bit more action-oriented than their works tend to be.

How Did You Come up With Your Characters?
They emerged fully formed in my head as the plot begin to materialize.

Book Sample
\When the sun went down over the Sahara, Ruegger stuck his head above the sand and scanned the horizon for assassins.

Clear. For the moment.

He stood, dusted himself off and lit a cigarette, feeling the cooling desert wind against his neck. It was so peaceful here. So hot during the day, but when the sun disappeared the land cooled rapidly. As a vampire, Ruegger was only able to enjoy the last of the day’s heat before the cold of night took over, and he relished it.
Sand stirred. He turned to see Danielle emerging the ground and brushed at some of the sand around her lips.
“We survived another day,” she said, and kissed him.

She shook an arm, and sand spilled out of her sleeve. “At least it’s better than tunneling through dirt.”
Too true. Tunneling didn’t afford much sleep, whereas some rest could be had sitting on a camel—not much, but some. He could see the exhaustion in her beautiful face, and the fear. Though also a vampire, Danielle was much younger and therefore more vulnerable than he was.

“The hunt ends tonight,” he promised. “One way or another.”

As they checked their weapons for sand clogs, Danielle swore.

She pointed. A sandstorm boiled up from the south, blotting out the stars. Before it moved a string of dark figures—the death-squad, surely, ready to continue the pursuit across land.

About the Author:
Amazon bestselling author Jack Conner is from Austin, Texas, a city of sunshine, live music and great Mexican food. He’s been reading and writing all his life, always gravitating toward the fantastic. He currently lives in Corvallis, Oregon.