You are here: Home / Fiction / Fantasy / The Little Big Clockmaker by Evelyn Winters 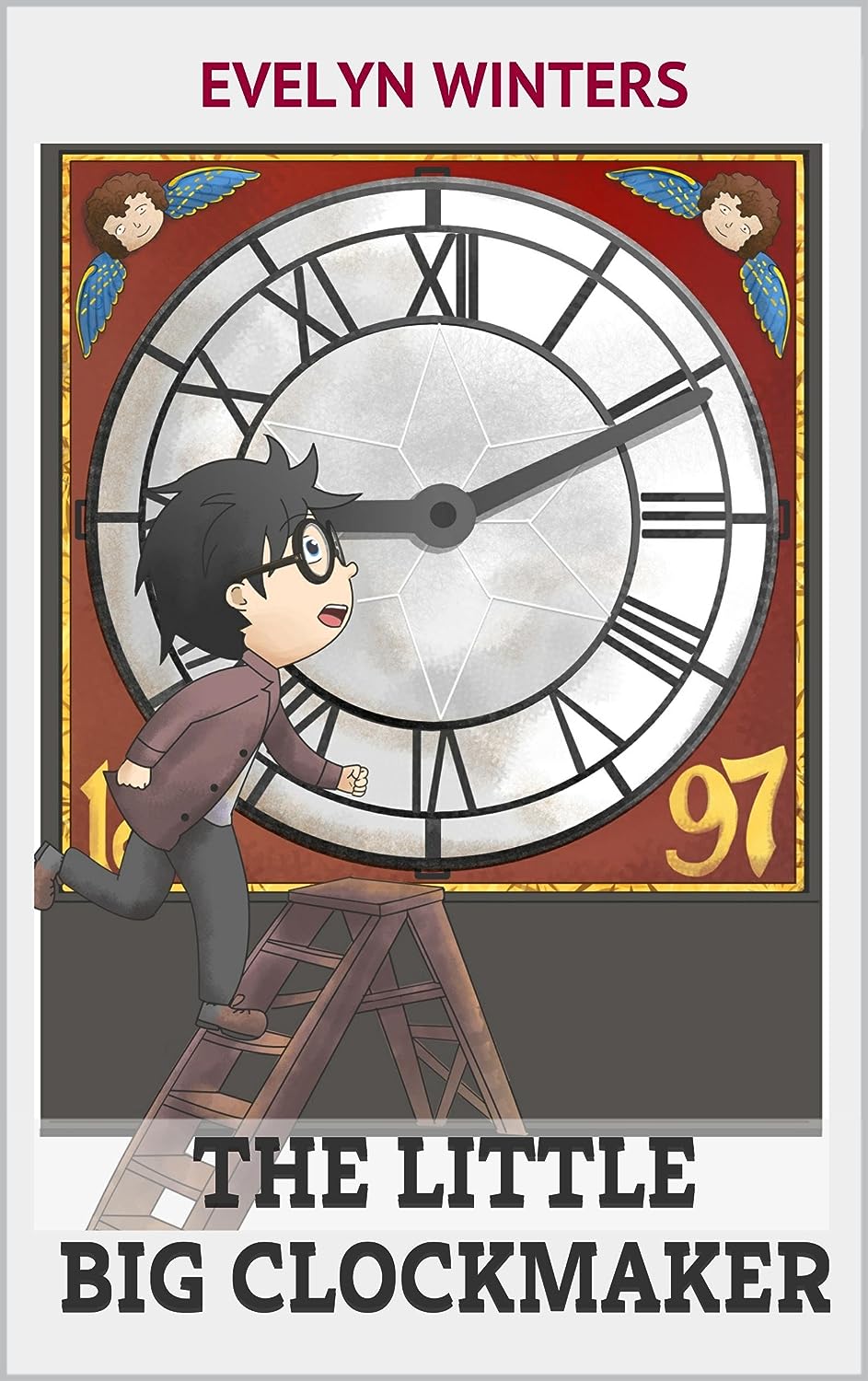 Egan Bagley is a talented clockmaker who is about to create one of the most magnificent clocks the country has ever set its eyes on, but after a visit from a gypsy selling him a bewitched bead, things are about to turn peculiar. With the magical powers of the four faced clock, the little gnome of a man plays havoc with time and is about to become one of the richest men in the city with upsetting consequences.

This story is based on the Eastgate Clock in Chester UK

What Inspired You to Write Your Book?
I live in Chester Uk and I am currently writing a novel based in Chester. I decided to write some children’s short stories about the locations in the City. The Eastgate Clock inspired this story. It is the 2nd most photographed clock, after Big Ben, in the UK.

How Did You Come up With Your Characters?
I wanted to keep them traditional to catch the readers attention. A clockmaker, gypsy and a duke. After all the story starts with ‘Once upon a time…’

Book Sample
Once upon a time, many years ago when clocks ticked much louder, there lived a talented clockmaker in an enchanted walled city in the northwest of England. The elf-like man was a master craftsman with an exceptional gift. He had served many a crowned head, but his latest assignment was to be his greatest. Egan Bagley was to create one of the most magnificent clocks the country had ever set eyes on.

About the Author:
Evelyn Winters (real name: Bev Cowperthwaite) lives in Chester, England in a dinky terrace with her devoted (dependant) family. She started out with nothing and has been successful in keeping most of it. She works for a local college in Chester and has also worked for a Cheshire glossy magazine back in the late 80’s, working alongside inspirational people such as the successful local poet Eleanor Cooke.