You are here: Home / Fiction / Science Fiction / The Body Glove by Afobos 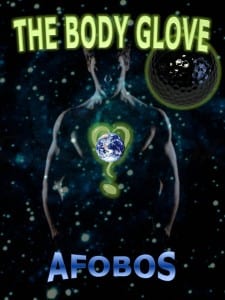 This is the story of Eric and his meeting with a very extraordinary being and the partnership that ensues. It’s the story of the beginning of a legend, and the fantasy turned reality as a superhero is born.

How is Writing In Your Genre Different from Others?
I enjoy writing and the passion I have for sci-fi translates into the words that are put in my books. I don’t know how it is different from other writing because I’m sure most writers are passionate about their work. I just know that I love to write and I love to read, and I happen to write about things I love to read. Call me weir but I enjoy going back after a while and reading one of my own books. I find myself amazed that I actually wrote this, and that I’m actually turning the pages to see what happens next.

What Advice Would You Give Aspiring Writers?
Don’t let rejection get you down, and don’t let bad reviews bum you out. Do what you love to do, and eventually it will pay off. When the day comes that you no longer love writing, then stop writing. Do what you love and keep at it. Don’t let anyone throw you off course. Stick with it and be the rock in the ocean. Let the bad reviews and comments wash over you and keep doing what you love to do. It will pay off in the end.

Author Bio:
My name is Afobos, and I’m originally from Greece. My family immigrated to the states in the late 60’s and I’ve lived here since. I’ve always loved writing and have written quite a few things mostly for my own pleasure, and I just now started looking into publishing my work. I started by publishing a small anthology of some of my poems or stories here at Amazon, as well as a sci-fi novel that is the first in a series. The second and third parts are out as well.
There is also The God Inside Trilogy, the complete series in one book out as well. Everything is also available in paperback.

I also have a book out called: Zen and the Art of Massage. It’s a spiritual type book and not a how to massage book.

I also have a sci-fi novel called: I, IMMORTAL. It’s the story of Aris a 12,000 year old immortal and his path down the long road of time as seen through his own eyes.

My next book is called: Devolution and it’s the story of humanity facing its extinction through a deadly virus that destroys most of the human race living very few humans to try and make a come back from the verge of extinction.
It’s selling right now for $2.99 at amazon.

I also have a book out called Autokinesis, and it’s about special abilities, and the small club that forms from people who are special in unique ways. If you like the show heroes then you’ll like this. It’s selling for $2.99 as well.

My latest project is called The Body Glove which is out on Amazon right now, and it’s the story of an unusual friendship between a young man and an alien, and how their partnership creates a superhero that’s bigger than both of them. It’s selling for $2.99 and I’m currently working on the sequel which takes a few twists through the realm of horror while still remaining true to the sci-fi genre.

What Inspired You to Write Your Book?
The state of the world mostly, and the lack of heroes in today’s world.