You are here: Home / Bargains and Freebies / Bargain Books Under $3 / The Actuator: Fractured Earth by James Wymore & Aiden James

On a secret military base tucked in a remote desert mountain, a dangerous machine lies hidden from the American public. Known as “The Actuator”, this machine is capable of transforming entire communities into alternate realities. In theory, these often terrifying realities are reversible.

The scientists in charge of this machine employ operatives called Machine Monks, who attune their minds to manifest single ideas from the realms of fantasy and science fiction. These ideas are then superimposed upon sparsely inhabited areas for testing. For a while, the enigmatic Actuator cooperates with the experiments, using dampeners to limit the affected area. But those in charge of the project eagerly anticipate exploring the full potential of this amazing device.

Experiments progress to where they feed more than twenty different genre ideas simultaneously into the Actuator’s database. Meanwhile, an unknown saboteur dismantles the dampeners. The affect is catastrophic. The entire world is plunged into chaos, and familiar landscapes become a deadly patchwork of genre horrors. Overnight, the Actuator becomes the worst menace the earth has ever seen, claiming lives in staggering numbers.

Can a few surviving Machine Monks band together to set things right again? It all depends on whether Red McLaren and the Monks can survive their journey through the various realms that separate them from the Actuator, where ever-present orcs, aliens, pirates, and vampires seek to destroy them. They must move quickly, as time is running out to stop the Actuator and the villain who controls it and the earth’s destiny. 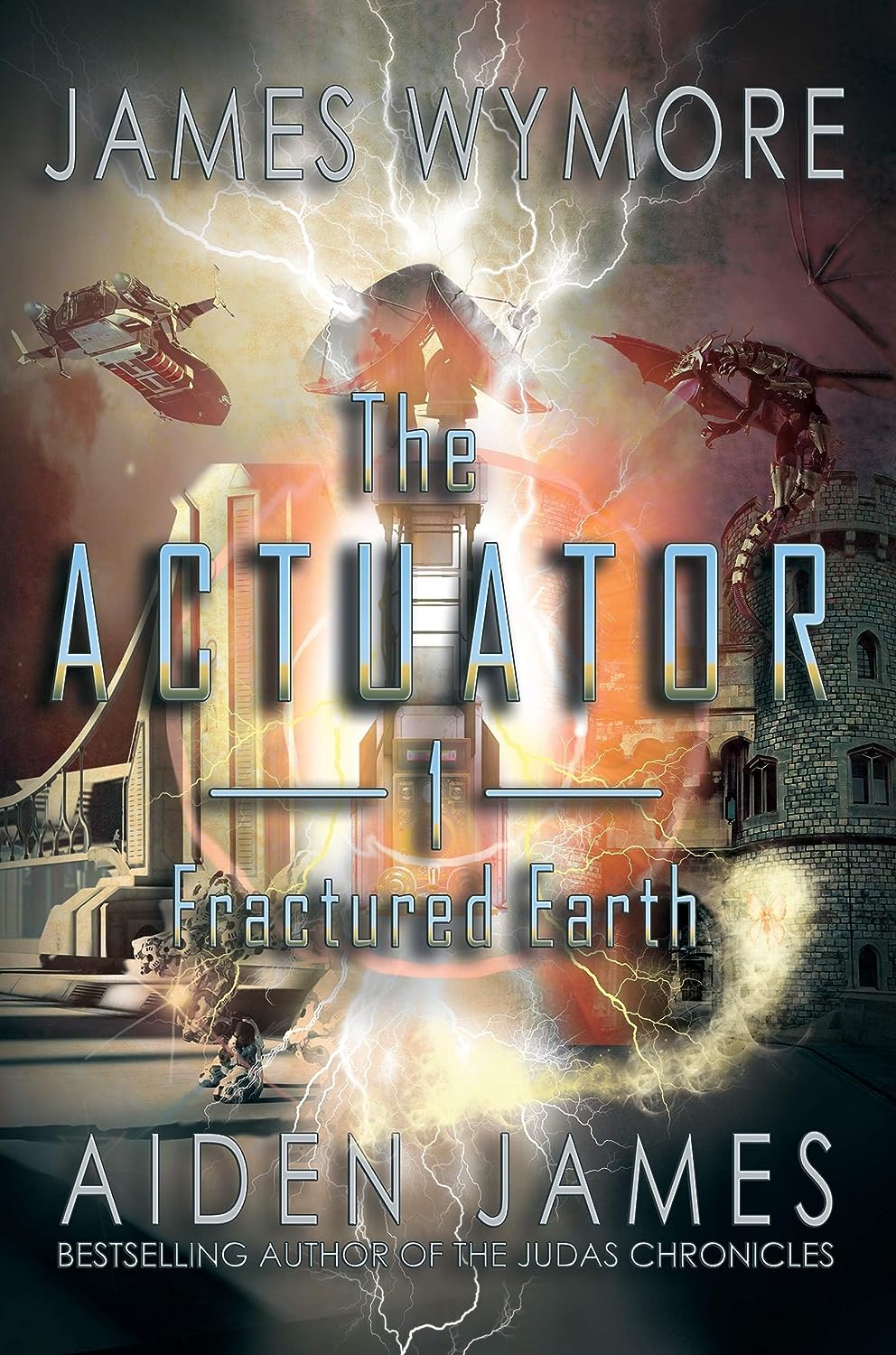 How is Writing In Your Genre Different from Others?
I have never read or heard of another book set in “multiple genres” the same way as Fractured Earth. I like writing in many different fiction genres, finding the flavor and themes of each to be fun. So when I realized the potential to connect them all over a single plot line, I couldn’t help but write it. It’s a lot more work than I first imagined. The hard part of a genre book is building the world and setting. So I had to keep stopping and setting up new worlds every few chapters. I didn’t realize how much more work it would be. I’m really happy with the results, though. So it was worth it.

What Advice Would You Give Aspiring Writers?
Write what you love and don’t stop. If you try to write for other people or to catch a trend, it will sound inauthentic. As an art, writing only works if you are expressing your own feelings and ideas. There will always be a million reasons to quit. However, you only have to let one of them sway you to end your progress. An author isn’t somebody who once wrote a book and stopped. You can’t make a masterpiece the first time.

What Inspired You to Write Your Book?
The word “actuator” was rolling around in my head one day. The idea of it making something “actual” kind of flowed out of it, so I suddenly imagined a machine that could make the world into anything the user wanted. Once that idea existed, my mind started attaching characters and backstory to it. Although I think people who read the book might suspect it was designed intentionally to create a multi-genre world to play in, the truth is, the machine idea came first. Having Machine Monks break the world into patches of every imaginable genre came second.

About the Author:
Moving often as a youth, James Wymore’s family finally settled in the desert paradise of Utah.

He spent a couple years in Korea contemplating the balance of opposing forces. After learning chaos theory in college he found the ideal environment to continue his studies of the uncontrollable, and became a teacher. He earned a Master’s degree before departing from the academic path to seek the greater freedoms of fiction. Still fascinated by the borders of randomness, he now spends his free time playing and creating games with his friends and children.

Although he patiently awaits the Tallest Writer in History award, James Wymore has won several awards for his short stories.

His early books, rumored to have been written as young as sixteen, are forever locked away. Now a published author, he has realized one of his childhood dreams.

In his dwindling free time, he draws a line of death themed comics called Parting Shots. You can see them along with games he makes and his disorderly blog at http://jameswymore.wordpress.com