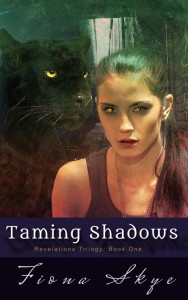 Four years ago, crime beat reporter Riley O’Rourke changed the world. To be fair, it wasn’t entirely her fault.

Her mentor, a 3,000-year-old vampire, destroyed Tucson police headquarters during a fight with a sorcerer. Footage of the fight went viral on the internet, and the existence of Preternaturals—vampires, witches, and other were-animals like Riley—was revealed. Humans went a little crazy. The Cats—and Wolves—were out of the bag, and only an act of Congress stopped the chaos.

But not all the Preternaturals are happy with this new world order, however. The Queen of the Winter Faeries worries that exposing her hidden world will destroy it, and sends the nastiest storybook characters imaginable to kill Riley before she can out the Fair Folk, too.

The Summer Queen, Winter’s arch-rival, promises to protect Riley if she does her a teeny-weeny favor: break into Winter’s castle, sneak past creatures straight out of Riley’s nightmares, steal a magical mirror, and return it to Summer. All without Winter noticing.

Riley agrees to the favor—what choice does she have? But dealing with the Fae is always a double-edged sword, and the Summer Queen neglected to explain that if Riley successfully pulls off this heist, the entire world might end up on the edge of destruction.

What Inspired You to Write Your Book?
I’ve always been intrigued by the idea of a hidden world, where that guy who just made your coffee could be a werewolf or that bartender at your favorite bar is actually a vampire.

Book Sample
One moment I was twirling around an old-fashioned looking light pole, singing at the top of my lungs and giggling at David’s expressive eye-rolling, and the next moment I was screaming and being dragged backward by something that had somehow sneaked up behind me and wrapped around my midsection. I tried to claw at it but couldn’t find purchase—it was like sinking my fingers into particularly thick pudding.

“Riley, get down!” David shouted. He unholstered his weapon in the blink of an eye and cast about desperately for something to shoot at. He aimed over my shoulder and unloaded a triple-tap. I heard the whine of the bullets as they ricocheted off the brick wall of the alley at my back, and fragments of mortar sliced my cheek.

An unearthly scream followed David’s shots and the tension around my stomach lessened, allowing me to break free. I whipped around, facing my abductor with a feral snarl and growl. All I could see, however, were what appeared to be tentacles made of pure shadow snaking out from the mouth of the alley, waving about like a hellish octopus.

Shadows. Could it be…?

“Faeries!” I shouted and pointed at David’s gun. “Shoot into the alley again!”