Sergeant Stubby In The Great War by Melissa Pilgrim When a little stray puppy befriends a soldier named Robert Conroy training to go to war in 1917, he starts out on an amazing journey as the private teaches him all he needs to know to become a U.S. Army soldier too. After sneaking him on board a ship heading to Europe, the two best friends fight side-by-side in what soon becomes the biggest war the world has ever seen! The little dog, affectionately named “Stubby” because of his stout … END_OF_DOCUMENT_TOKEN_TO_BE_REPLACED 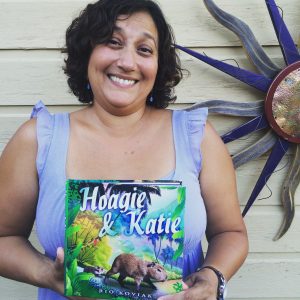 About Rio Koviak: Rio Koviak was born in Los Angeles, California and eventually went to school at UCLA, where she earned a degree in Theater/Film. After graduation, Rio worked in the talent and casting departments for such companies as ABC, Warner Bros., and Paramount Pictures. Rio always had a fascination with animals, however, and chose to change her focus and career by obtaining a degree in Exotic Animal Training, Behavior, and Management at Moorpark College in California. Her goal was to … END_OF_DOCUMENT_TOKEN_TO_BE_REPLACED 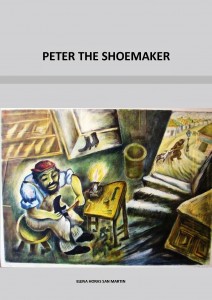 Long-listed in the Fish International Short Story Competition 2013/2014. Peter is a skilful shoemaker who often stays up late catching up with some accumulated work... until one night he receives an unexpected visit that will change his life forever. For all ages. Targeted Age Group:: 8+ What Inspired You to Write Your Book? I, like Peter the Shoemaker, often stay up late catching up with accumulated work. And sometimes I imagine I see shadows or ghosts speaking to me. I have a vivid … END_OF_DOCUMENT_TOKEN_TO_BE_REPLACED 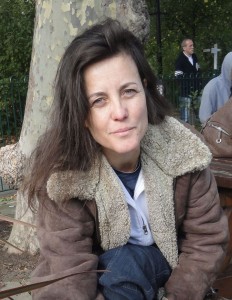 About Elena Horas San Martin: Hi, I'm a Spanish author and translator who has been living in the UK for the past twenty four years. I have always loved writing, since I was a little girl, and only recently I decided it was about time I tried to have something published. I've written many books and short stories for children and at the moment I am self-publishing them with Amazon. I have also finished my first novel and am currently looking for an agent to represent me. I hope you like my … END_OF_DOCUMENT_TOKEN_TO_BE_REPLACED