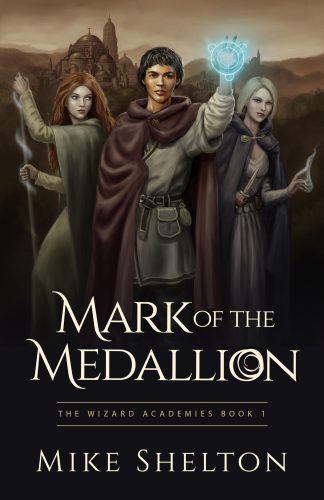 Mark of the Medallion by Mike Shelton He lost his family. He’s got voices in his head. And he’s more powerful than they ever imagined… Fifteen-year-old apprentice Kyril is sick of being bullied. And after a tragic fire leaves him orphaned with out-of-control thoughts and powers, he can’t wait to escape constant taunting at the wizard academy. So when a dicey faction entices him with companionship, he ignores the grim warning signs. Even as Kyril’s power grows within the group, he’s left … END_OF_DOCUMENT_TOKEN_TO_BE_REPLACED