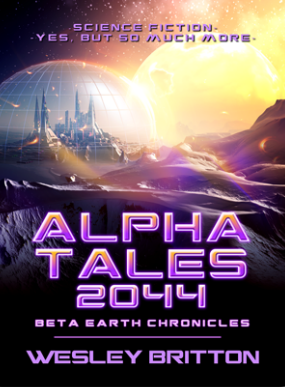 Alpha Tales 2044 by Wesley Britton Alpha Tales 2044 is a collection of short stories set in a future after climate change and weaponized plagues have devastated much of our planet. It continues the adventures of characters from three earths now bound together in flight from a humanity fearful of what these other-world humans might spread among us, especially the religious beliefs of Beta and Serapin earths. The band escapes into a secret city in British Columbia and then the Canadian … END_OF_DOCUMENT_TOKEN_TO_BE_REPLACED