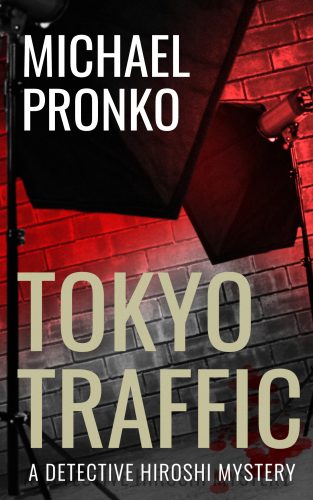 Tokyo Traffic by Michael Pronko Running from a life she didn't choose, in a city she doesn't know, Sukanya, a young Thai girl, escapes into Tokyo from human traffickers who will do anything to recover the computer she took. With help from Chiho, a Japanese girl living in a net café, she tries to get free from her pursuers and her past. Detective Hiroshi Shimizu tracks the killers through Tokyo’s teen hangouts and deserted docks, straight into the underbelly of the global economy and the … END_OF_DOCUMENT_TOKEN_TO_BE_REPLACED 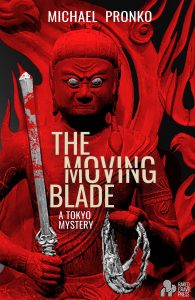 When the top American diplomat in Tokyo, Bernard Mattson, is killed, he leaves more than a lifetime of successful Japan-American negotiations. He leaves a missing manuscript, a lost keynote speech and a tangled web of relations. When his alluring daughter, Jamie, returns from America wanting answers, Detective Hiroshi Shimizu is dragged from the safe confines of his office into the street-level realities of Pacific Rim politics. Hiroshi searches for the killer from Tokyo’s back alley bars to … END_OF_DOCUMENT_TOKEN_TO_BE_REPLACED 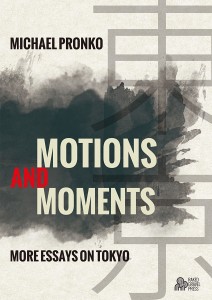 Motions and Moments is the third book by Michael Pronko on the fluid feel and vibrant confusions of Tokyo life. These 42 new essays burrow into the unique intensities that suffuse the city and ponder what they mean to its millions of inhabitants. Based on Pronko’s 18 years living, teaching and writing in Tokyo, these essays on how Tokyoites work, dress, commute, eat and sleep are steeped in insights into the city’s odd structures, intricate pleasures and engaging undertow. Included are … END_OF_DOCUMENT_TOKEN_TO_BE_REPLACED 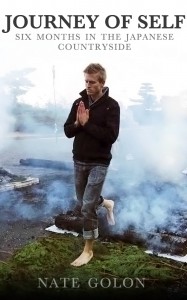 This book is bargain priced from 07/15/2014 until 07/17/2014 Exhausted, broke, and brokenhearted from the breakup with his longtime girlfriend, author Nate Golon sells everything he owns and takes a job teaching English in a small country town, Arida, in Wakayama Prefecture in southern Japan. Unfamiliar with the language, history, and customs of Japan, Nate finds adventure, friendship, and spirituality in the Japanese countryside, and along the way, he finds himself. Journey of Self: Six … END_OF_DOCUMENT_TOKEN_TO_BE_REPLACED