You are here: Home / Bargains and Freebies / Bargain Books Under $3 / Journey of Self: Six Months in the Japanese Countryside by Nate Golon @NateGolon

Exhausted, broke, and brokenhearted from the breakup with his longtime girlfriend, author Nate Golon sells everything he owns and takes a job teaching English in a small country town, Arida, in Wakayama Prefecture in southern Japan. Unfamiliar with the language, history, and customs of Japan, Nate finds adventure, friendship, and spirituality in the Japanese countryside, and along the way, he finds himself.

Journey of Self: Six Months in the Japanese Countryside is an introspective and transformative fish out of water tale, about the importance of taking the road less traveled, and being open to new experiences. Those who may think of Japan only in relation to Tokyo and Kyoto will discover there are many beautiful, rarely visited areas throughout Japan, waiting to be explored. 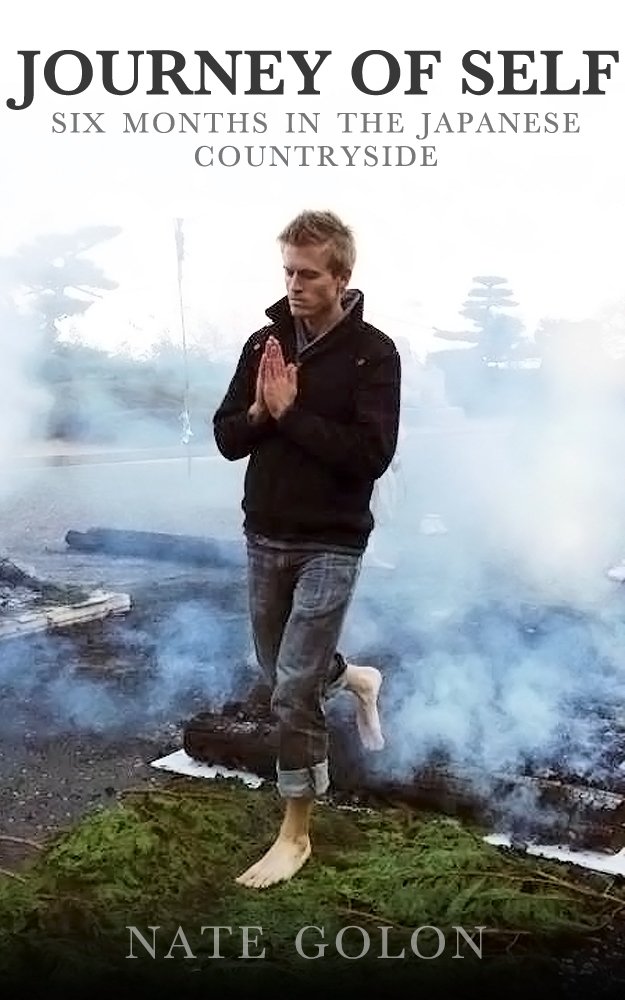 How is Writing In Your Genre Different from Others?
I have already successfully created and released several comedic series, so I think while the book is nonfiction, it definitely has comedic touches to it. Also, the countryside of Japan where I spent my time has little written about it, especially from a Westerner’s point of view.

What Advice Would You Give Aspiring Writers?
Just do it. Lots of people I know, after I released my book, said “I’ve always wanted to write a book!” Well, the only thing holding you back from doing it is you.

What Inspired You to Write Your Book?
Last year was the most difficult year of my life. I needed a change. I sold everything and moved halfway across the world, and experienced the greatest adventure of my life. I began writing the book three weeks before I left, and finished it in 90 days. I had written several shows before, including the half-hour comedy “Workshop” on Hulu, but this is my first book.

About the Author:
Nate Golon is a writer, actor, and director. He graduated from Colorado State University with a B.A. in Speech Communications. Nate created and starred in the comedy series “Workshop,” the first ever independently produced half-hour comedy to air on Hulu. Other writing and directing credits include the online comedy series “My Synthesized Life” and the critically acclaimed short film “Briefcase. ”

Website(s)
Link To Buy Journey of Self: Six Months in the Japanese Countryside