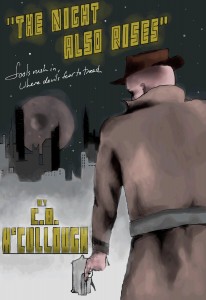 Science fiction with a film noir twist. Night lasts for days on planet Jannix, and in a city full of murderers, thugs, gangsters and con artists, no man can ever be sure he'll see another dawn. So when private investigator Jack Tarelli is called to the home of an enigmatic billionaire just hours after an unspeakable murder, he knows a long, long night has only just begun. Led on a chase into the shadowy underbelly of a city that never wakes, the hard-nosed and uncompromising Jack will stop … END_OF_DOCUMENT_TOKEN_TO_BE_REPLACED