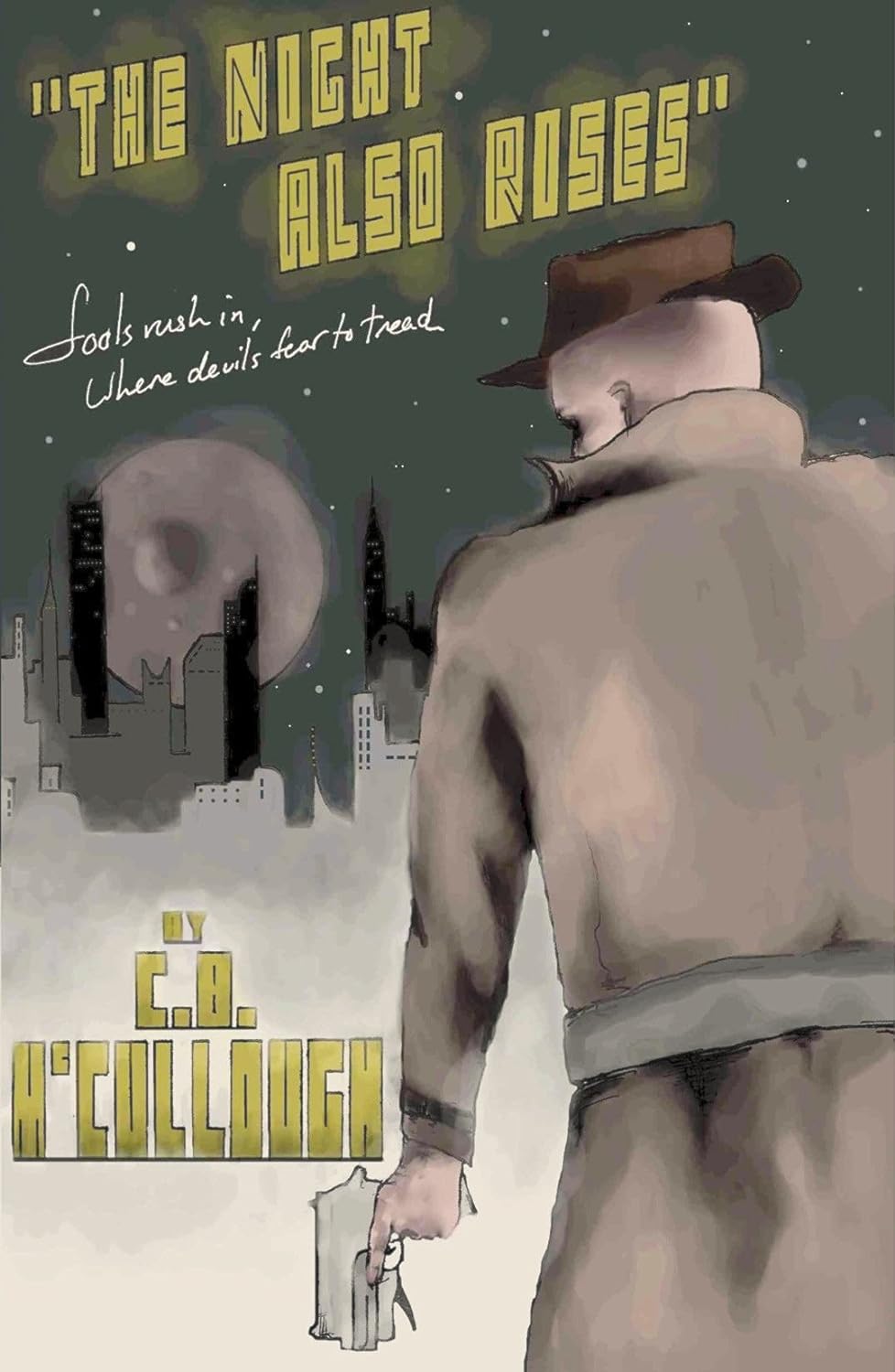 Night lasts for days on planet Jannix, and in a city full of murderers, thugs, gangsters and con artists, no man can ever be sure he’ll see another dawn. So when private investigator Jack Tarelli is called to the home of an enigmatic billionaire just hours after an unspeakable murder, he knows a long, long night has only just begun.

Led on a chase into the shadowy underbelly of a city that never wakes, the hard-nosed and uncompromising Jack will stop at nothing to track down a deadly killer whose motives are shrouded in corruption, betrayal and deceit. But as connections to Jack’s own dark and mysterious past arise, it becomes clear that this is more than a search for answers; it’s a race against time.

Fools rush in where devils fear to tread.

Targeted Age Group:: 13 years and up

What Inspired You to Write Your Book?
I’ve always loved the hard-boiled mystery genre, especially the film noir of the 1940s and 50s. I wanted to write a science fiction story with the same sort of feel to it. The Night Also Rises takes place in a galaxy where biological evidence and genetic material are so easily fabricated that the science of criminal investigation has become unreliable. Most scientific evidence is no longer admissible in a court of law. As a result, detective work has taken a backwards leap, relying on logic, motive and deductive reasoning. The Night Also Rises takes the hardboiled detective of the 1940s and drops him into science fiction setting.

How Did You Come up With Your Characters?
For the title character of Jack Tarelli, I tried to imagine what a Humphrey Bogart-type detective character would be like in a futuristic setting. Like many such characters, Jack is a tough old cynic with a haunted past who expects the worst when called on to investigate the murder of Nathan Harland, the son of billionaire Rutherford Harland. (In fact, Chapter 1 of The Night Also Rises is an homage to the opening scene of The Big Sleep, the 1946 film starring Humphrey Bogart and Lauren Bacall.)

Book Sample
Standing atop a brass stepladder on rollers, licking her finger to flip through the pages of a book, is a dark-haired woman, mid-thirties, with lean calves peaking out from beneath a long skirt.

Behind me, Hennessey announces, “Mr. Jack Tarelli to see you, Mrs. Reed.”

“Very good, Madame. And how do you take your scotch, Sir?”

As Hennessey hustles off in that straight-backed march of his, Mrs. Reed starts down the ladder.
“Your family seems to like high places,” I say. I reach up to remove my hat, find it missing, and instead just scratch my head. “I’m afraid I didn’t know your drink, Miss…?”

“Mrs. Reed,” she says. “But Yvonne will do. Hennessey knows my drink. You certainly are tall, Mr. Tarelli.”

She’s got a singer’s voice: pleasant and husky. In a move that surprises me, she hops off the ladder still three rungs up, and her heels clack against the hardwood floor as she sticks the landing on sure feet. Her blouse is open at the top, showing her collarbones. Eyes like her father’s, yet somehow entirely different. Fair skin. Red lips, upturned in a sly grin. Expensive makeup—a little much, for my tastes, but a lot of men like that. Her dark hair rests on her shoulders, and I wonder what it feels like.
“He’s very lifelike,” I say.

Her grin doesn’t falter, but I can tell it catches her off guard. “What do you mean?”

“Hennessey. Practically human in every way.”

She tilts her head a little. “What gave him away?”

It’s true he’s no conversationalist, but what really gave Hennessey away were his eyes. No matter how nearly perfect the simulation—skin, hair, vocal nuances, personality traits—you can always tell a bot by the eyes. They can be made to look quite real. Even the algorithm that controls their blinking is flawless, attuned to biological standards and automatically adjusting to conditions like light and humidity. The same goes for pupil dilation. What gives it all away is eye contact.

Eye contact is just too natural in humans to be successfully simulated in bots. It’s controlled by situational cues, prior individual experience, anxiety, awkwardness… The sorts of things machines don’t have or feel. And unlike us, their peripheral vision is perfect. They don’t need to look directly at something to see it clearly, as a biological eye does. Poor emulation causes bots to either roam the room with their eyes, seemingly at random, or never break eye contact at all.
“As you can imagine, it’s difficult for my father to trust hired help,” says Yvonne Reed, placing special disdain on the word, hired. “Bots are more trustworthy. One hundred percent loyal.”

“A knife is loyal, too,” I say. “But you can still cut yourself with one.”

About the Author:
Corey (C.B.) McCullough is a freelance writer and self-published author. He lives in the northeastern United States with his beautiful wife and a small menagerie of pets. He does most of his writing in a little house in the woods. C.B.’s resume includes copywriting, editing, proofreading, ghostwriting, and digging up artifacts as an archaeological technician.