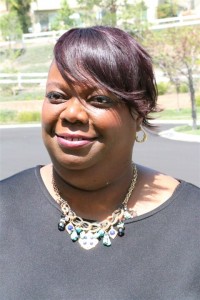 About Shelley Young: Shelley Young is a wife, mother and grandmother. From an early age she wanted to become an author, but put her dreams on hold in order to focus on her family. While working first as a nurse and later as a Customer Service Representative, she spent her spare time writing stories she believed the world would love. Her debut novel, The Blood Feud, became an Amazon international best seller and earned her radio and magazine interviews. She is the author of other Amazon … END_OF_DOCUMENT_TOKEN_TO_BE_REPLACED

About Michael Phelps: I am a proud Veteran of the United States Air Force where I served as a Senior Military Policeman-Combat Defense Forces (Viet Nam). I have worked in law enforcement, executive recruting, Administrative Assistant and Co-Trustee for a Hungarian Count and as Chief Investigator for a prominent Miami (FL) Law firm specializing in criminal defense. I Co-authored "DAVID JANSSEN-MY FUGITIVE" with the iconic actor's first wife, Ellie Janssen. Based on the success of the book, I … END_OF_DOCUMENT_TOKEN_TO_BE_REPLACED

STEALING POWER is easy, restoring it is hard. Detective Chief Inspector AJ Colt has lived his life in the limelight. The charismatic star of New Scotland Yard is public relations gold. Everyone loves him. Well, almost everyone. For three years, a serial rapist has been taunting and tormenting him, sending him DVD copies of every drug facilitated rape he commits. It's been one year since he received the last DVD and the trail is stone cold dead. When a new DVD arrives out of the blue, a … END_OF_DOCUMENT_TOKEN_TO_BE_REPLACED