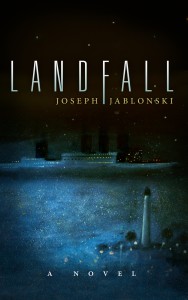 Landfall is the story of Jake Thomas who has finally come home from a life at sea. He has settled into a comfortable retirement and even has a new wife. Yet a secret from Jake’s past can undo it all. On Jake’s first sea voyage more than forty years ago, a woman was murdered and now her children seek answers from Jake. Does he know what really happened? Did the wrong man go to jail? Can they trust him to finally tell the truth? Written in a style that compares to Joseph Conrad and James … END_OF_DOCUMENT_TOKEN_TO_BE_REPLACED

This book is bargain priced from 03/18/2014 until 12/31/2015 The Elemental World just became more complicated... Some say history repeats itself, but for Terran, an Earth Elemental, history has returned and slapped him in the face. Along the Willamette River in Portland, Oregon, the Acobi Fallen Angels have decided to go underground–literally. Resurrecting an ancient legend, the evil Acobi are trapping underage girls and shanghaiing innocent humans into slavery. Terran must stop the Acobi … END_OF_DOCUMENT_TOKEN_TO_BE_REPLACED