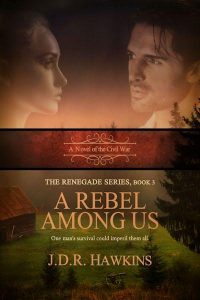 After David Summers enlists with the Confederate cavalry, his delusion of chivalry is soon crushed when he witnesses the horrors of battle. Shot by a Union picket, he winds up at a stranger’s farm. Four girls compassionately nurse him back to health. David learns his comrades have deserted him in Pennsylvania following the Battle of Gettysburg, but his dilemma becomes much worse. He falls in love with the older sister, Anna, who entices him with a proposition. To his dismay, he must make a … END_OF_DOCUMENT_TOKEN_TO_BE_REPLACED