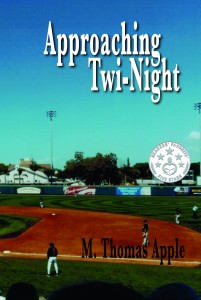 Journeyman relief pitcher Jonathan “Ditch” Klein was all set to be a replacement player during the 1994-1995 baseball strike…until the strike ended. Offered a contract in the minor leagues, playing at the same Upstate NY ballpark he once found success in high school, Ditch has one last chance to prove his worth. But to whom?   A manager with an axe to grind, a father second-guessing his pitching decisions, a local sportswriter hailing him as a hometown hero, a decade older than his … END_OF_DOCUMENT_TOKEN_TO_BE_REPLACED 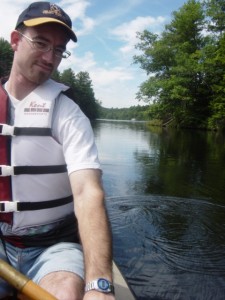 About M Thomas Apple: Originally from Troy, New York, M. Thomas Apple spent part of his childhood in a tiny hamlet in the Helderbergs and his teenage years in a slightly larger village in the Adirondacks of Upstate New York. He played high school baseball for four years and was a decent base-stealer, adequate outfielder, and terrible batter. Occasionally he dreams about the sole (running) homerun he hit on a 3-0 count, and the subsequent beaning that followed during the next at-bat. He … END_OF_DOCUMENT_TOKEN_TO_BE_REPLACED