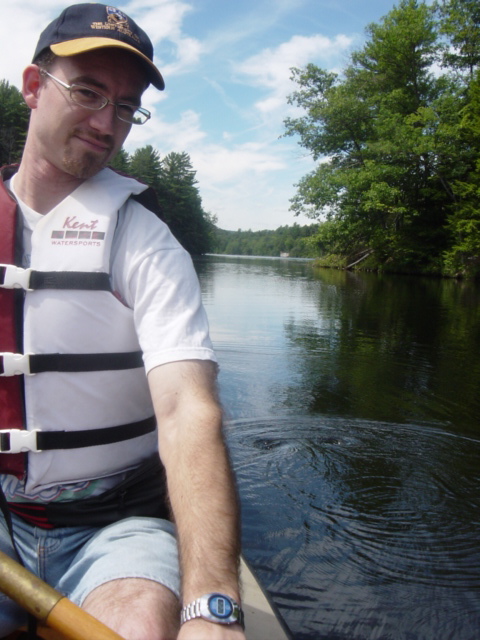 About M Thomas Apple:
Originally from Troy, New York, M. Thomas Apple spent part of his childhood in a tiny hamlet in the Helderbergs and his teenage years in a slightly larger village in the Adirondacks of Upstate New York. He played high school baseball for four years and was a decent base-stealer, adequate outfielder, and terrible batter. Occasionally he dreams about the sole (running) homerun he hit on a 3-0 count, and the subsequent beaning that followed during the next at-bat.

He studied languages and literature as an undergraduate student at Bard College and later creative writing at the University of Notre Dame du Lac, where he wrote a controversial, award-winning weekly column for the student-run daily newspaper, The Observer, while composing the initial draft of what would become Approaching Twi-Night. A non-fiction collection of essays (Taking Leave: An American on Paternity Leave in Japan) is due to be released in September, 2015 (Perceptia Press), a collection of his short fiction and poetry (Notes from the Nineties) is due to be published in early 2016.
After further studies at Temple University, he now teaches global issues and English as a second language at Ritsumeikan University in Kyoto, Japan. He lives in a house co-designed with his wife and partially decorated by his two daughters, nestled in the foothills of the mountains and surrounded by lots and lots of Japanese cedar and cicada.

What inspires you to write?
In general, I’m inspired by life around me. That sounds corny, and perhaps a bit obvious. But whenever I’m on the train to work, I imagine what it would be like to live in the towns the train travels through, what it would be like to be a certain person I see reading a newspaper or listening to music, what kind of background would be behind conversations I happen to overhear. Sometimes I’m inspired by political events. Sometimes I’m inspired by scientific discoveries. Or something I saw in a history documentary. It all depends on the world around me, and how much I can jot down before the memory fades.

Tell us about your writing process.
Originally I simply wrote whatever came into my mind. That seemed to work OK for a while. But as I began to be interested in more complicated plot and character development, I realized that it took a whole lot of extra editing to smooth out differences and contradictions that emerged along the way. Lately, I’ve shifted to a more outline-synposis-character bio approach. I first write out ideas in Word, and then once I’ve got something worked out, I switch it all over to Scrivener. If I happen to run into a writer’s impasse moment, I tend to print things out and scribble all over for a while until some new idea presents itself. Even when outlining and etc, though, I’m not afraid to let my characters take over the action and blow the outline to smithereens.

For Fiction Writers: Do you listen (or talk to) to your characters?
I certainly do listen to my characters! It does take some writing before they speak. At one point in Approaching Twi-Night, as I was drafting one specific scene in a bar, one of the character suddenly got so bored he decided to leave! I had typed it all out before I was even aware that the character had “spoken” to me as much as to the other characters.

What advice would you give other writers?
More than anything, when somebody tells you “write what you know,” my advice is to totally ignore them. Write what you *want* to know. Do research. Read lots of background material. Go to physical locations and take photos. Draw pictures. Type like mad and then delete most (or all) of it. Have a plan, but don’t hesitate to go off into unexplored territory. Creativity should flow unrestricted. You can always go back later and edit!

How did you decide how to publish your books?
Basically, I gave up trying to publish with established publishers, because my book was not easy to fit into a specific genre. It’s literary, but it’s about baseball. In the end, I was inspired by a former college classmate who had successfully self-published over a dozen SF and fantasy novels. It seemed “easy” (it’s not!), so I decided to give it a try.

I can’t advise authors to go for the traditional press route or to self-publish, because I’m still new at this myself. I would say, though, that both methods have benefits. Self-publishing is an awful lot of work, but it’s hard to get published otherwise. My only advice would be to keep as many options open as possible.

What do you think about the future of book publishing?
“The death of print books has been greatly exaggerated.” (as some famous writer might have said, but didn’t). People have been saying for years now that ebooks were going to dominate the market and that print books would disappear. I don’t see that happening. Fiction, especially general fiction (i.e., non-genre), is still sold mostly in print form, in physical bookstores. It does seem, however, that online retailers such as Amazon will continue to force smaller independent bookstores out of business. I certainly hope that that will not come to pass; I support independent bookstores, even though it means that (due to my living in Japan) I have a harder time getting books I want. It would be dangerous if we had to rely on a handful of monopolistic companies for our reading material.