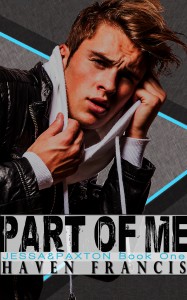 This book is bargain priced from 09/10/2014 until 09/17/2014 Within minutes of meeting Jessa, Paxton already understood that he would not be able to let her go if he ever really let her in. Which is why he spent his year in her small Minnesota town playing nice and being her friend. Because Jessa’s future was in Chicago and Chicago was the city where every bad memory Paxton has was made. It was a city he could never return to. And he doesn't want to – he is finally free from his past and … END_OF_DOCUMENT_TOKEN_TO_BE_REPLACED