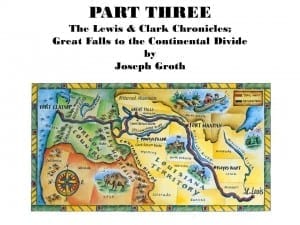 After traveling four months up the Missouri river during the buffalo hunting season and not meeting a single Native American Indian, Captain Meriwether Lewis scouts ahead to discover them. It was then that Captain Lewis was met by a thundering troop of armed Shoshone Indian warriors. It was then that he also first crossed the Continental Divide, discovered the Missouri's source, learned there is no safe water route to the Columba river, and successfully bought the horses needed to cross the … END_OF_DOCUMENT_TOKEN_TO_BE_REPLACED