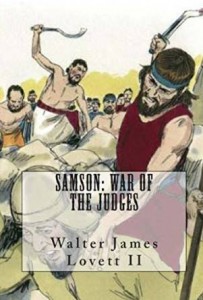 An elite group of ancient Israeli military leaders are tasked with securing the freedom of their clansman from a series of ruthless oppressors. Known as Judges these select men and women fight decades for their homeland as well as their freedom from a group of savage Imperialists known as the Philistines. The Mighty Samson is the last in the line of the Judges.Endowed with supernatural strength and abilities,Samson battles his clansman’s tormentors for years leaving casualties on both sides of … END_OF_DOCUMENT_TOKEN_TO_BE_REPLACED