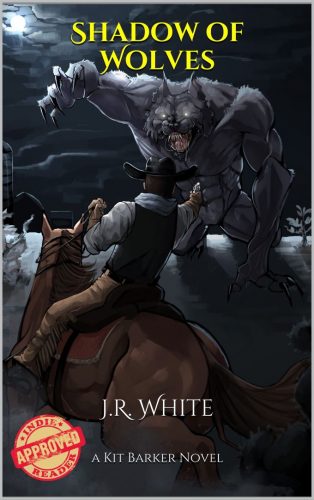 Shadow of Wolves by J.R. White A tortured gunfighter. A Navajo outcast. – And the Creature whose claws would stain the stones of the Mojave red. Flush with raw silver and ruled by a baron with an iron fist, the tiny mining outpost of Shank’s Point is under siege by a sinister evil. When the rising sun reveals the claw-torn bodies littered among the rocks, John Swift-Runner calls on his old friend, a vagabond gunfighter, to stand with him against the slaughter he knows will come. But as … END_OF_DOCUMENT_TOKEN_TO_BE_REPLACED