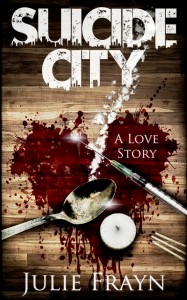 Sixteen-year-old August Bailey yearns for more than pig slop and cow shit. She fantasizes about an apartment in the city, not a tiny house on an Iowa farm. She dreams of new clothes and falling in love with a worthy boy. Not hand-me-downs from the second hand store in Hubble Falls, population two-and-a-half, or having her jock boyfriend grope her and push her for sex. During another fight about makeup and boys, August’s controlling mother slaps her. And August hops the next bus out of town. … END_OF_DOCUMENT_TOKEN_TO_BE_REPLACED